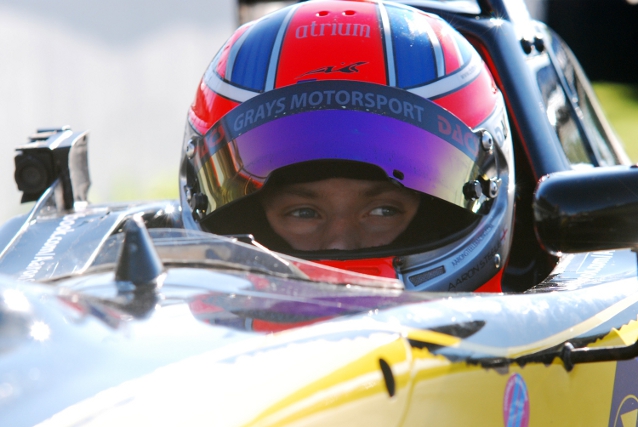 The Sunoco Grand-Am 200 Challenge winner will compete in the final two rounds of the European Touring Car Championship with Vuik Racing in a Mercedes C200.

Steele said he was committed to being a part of RGM’s debut season in the series.

“Plans for 2014 are gathering pace now, and the partnership with RGM Motorsport is  a boost towards what promises to be a truly exciting season of racing,” he said.  “I know being part of the debut season for the RGM Motorsport Team in British Touring Cars could provide some unique challenges, but I also know it would provide an excellent opportunity to demonstrate what I can do as a racer, and I intend to show this in the final rounds of the European Touring Car Championship.”

“There have been some tough weekends and tough years, but every time I have taken to the track I have learned something and taken a step forward.”

Richard Taylor,  RGM Motorsport Team Principal, added: “The team recognised how much Aaron has  achieved in his career against the odds, and, like Aaron, are positive and excited for the 2014 season. The whole team is fired up, and cannot wait to hit the track.”

The announcement, made online, did not mention what car the team would run.

2015 F3 Cup: A look back at Aaron Steele’s Championship year

MotorSport UK All Set To Impress