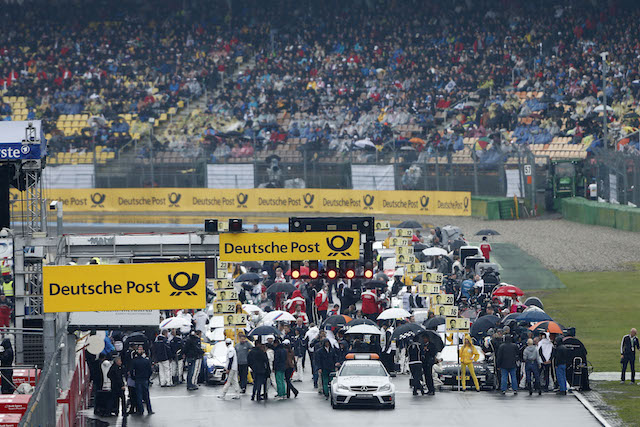 Following on from the World Motor Sport Council meeting in Paris, the FIA finally announced the calendar for the 2014 DTM Championship, but with just one slight alteration.

The seventh round that is being held at the iconic Nürburgring will now be delayed for a further week, so the teams are not put any undue stress to rush all and sundry from the Red Bull Ring within a few short days.

ITR e.V. Chairman Hans Werner Aufrecht said that this will help reduce the workload in such a short space of time for the mechanics and the engineers, but will also allow DTM’s German TV Partner ARD to concentrate its efforts on the European Track and Field Championships in Zurich.

After a 26-year hiatus from the DTM, the Hungaroring returns to the calendar on the 1st of June, with Moscow having its second appearance on just over a month later. Guangzhou, which was declared as the new location for the return to China after a four-year layoff, will have a track designed specifically for the metropolis and host the penultimate round of the championship, which will end on the 19th of October at Hockenheim.

As it has been since the start of the series, 60 percent of the races will still remain in Germany, being an “integral part of DTM,” according to Aufrecht. 2013 Champion Mike Rockenfeller becomes the hunted in the year of his title defence, as all comers will try to steal the crown away from the Team Phoenix driver come May next year, as the countdown continues…

* Subject to contractual agreement with the organiser