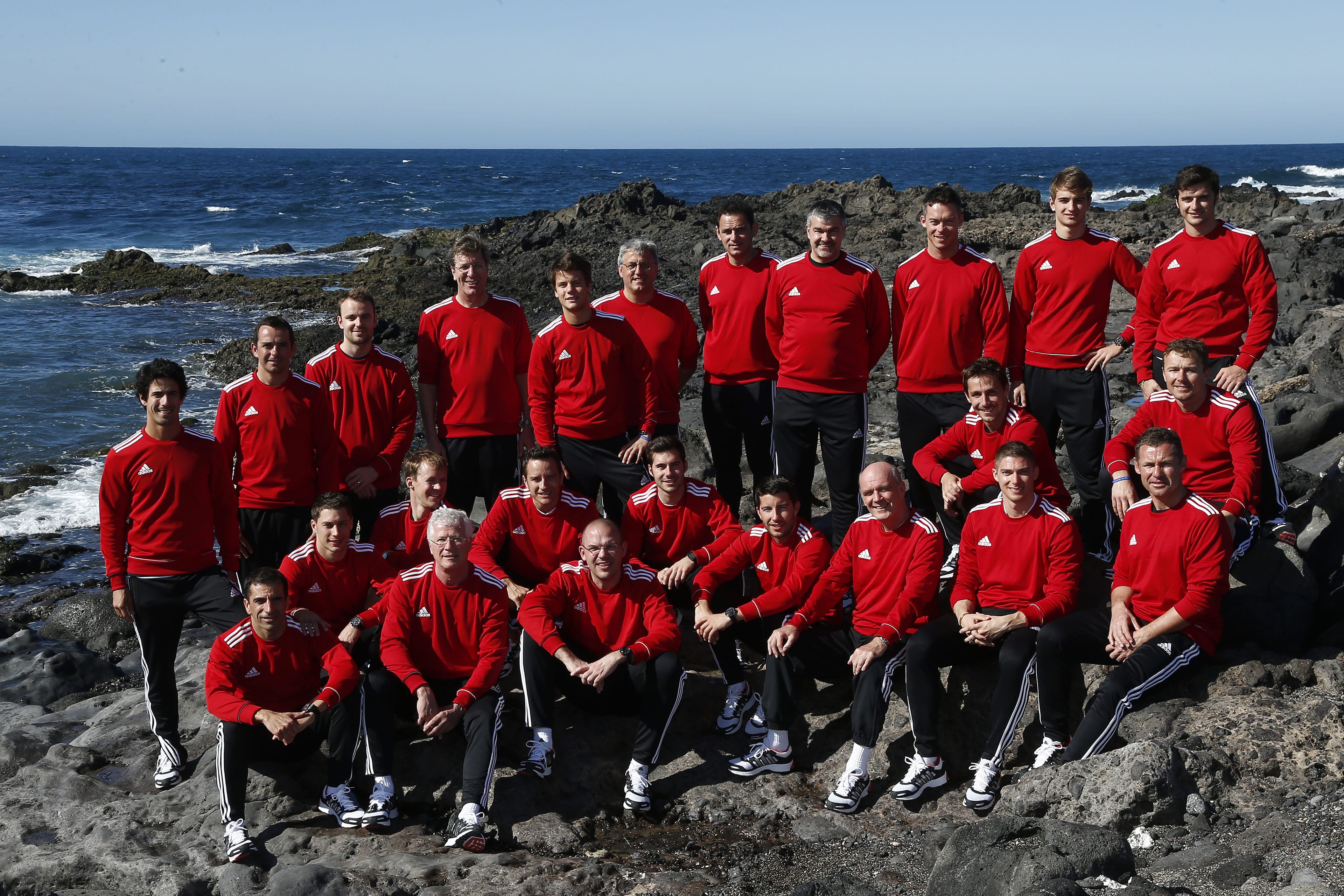 Audi Sport’s DTM and FIA World Endurance Championship drivers and team managers have been training in Lanzarote ahead of the upcoming season.

The annual training camp is organised so that new line-ups can start to bond, as well as increasing spirit within the Audi Sport Camp. “We’ve been perfecting our joint team week for years,” says Dr Wolfgang Ullrich.

Some team members taking part in the camp are Ullrich himself, Dieter Gass (Head of DTM), Chris Reinke (Head of LMP) plus team directors including Arno Zensen, Hans-Jürgen Abt, Thomas Biermaier and Ralf Jüttner.

All of Audi’s DTM and WEC drivers also took part, including Nico Müller, the teams newest recruit, as well as Lucas di Grassi, who is integrating himself into the #1 Audi R18 e-tron Quattro after the retirement of Allan McNish.

“This year, the drivers again arrived well prepared for our joint week,” said Dr. Christian John, Audi’s doctor of 31 years. “They presented themselves in the type of physical and mental shape we like them to be in – starting with our 21-year-old newcomer Nico Müller through to our nine-time Le Mans winner Tom Kristensen, who is now 46-years-old and in peak form just like his team-mates.”

The drivers were also joined by Ducati Team MotoGP riders Cal Crutchlow and Andrea Dovizioso for a media training session at the end of week.

By Justin Nguyen
2 Mins read
Team Penske, who has raced in nearly everything, will begin dabbling in the FIA World Endurance Championship by fielding an Oreca 07 Gibson in LMP2 for Dane Cameron, Emmanuel Collard, and Felipe Nasr.
DTM

Former champion Rast returns to DTM grid with ABT Sportsline

By Vince Pettit
2 Mins read
After a year away racing in Formula E, three-time DTM champion René Rast is back on the grid with ABT Sportsline.
DTMIndyCar

By Justin Nguyen
2 Mins read
After being involved in a scary handcycling accident that left him hospitalised in June 2020, Alex Zanardi has been released and will continue his recuperation at home.