Plato Tops First Practice Of the Year At Brands Hatch 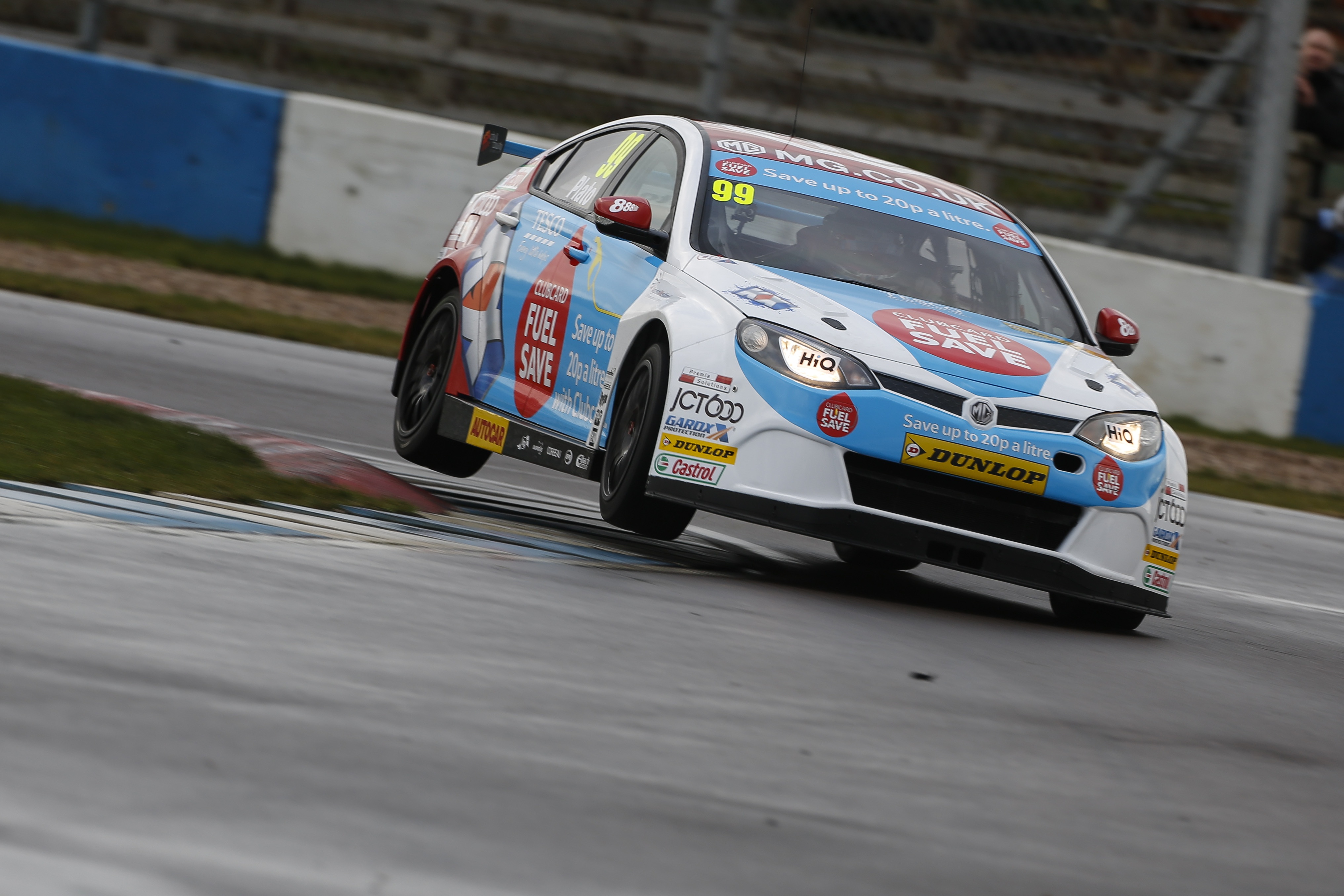 After a calm start for the former double BTCC champion, Plato stole the top spot from reigning champion Andrew Jordan when the session was resumed following a delay to safely remove an injured mechanic from the pits.

Mat Jackson‘s late return did not deter him as he began the 40-minute practice session as the initial pace-setter for Motorbase Performance, heading the rapid Mercedes of Adam Morgan after 10 minutes of action with a time of 49.111s.

Last year’s top two in the championship soon showed their cards after 15 minutes, as Jordan and fellow Honda driver Gordon Shedden moved to the head of the times, Pirtek Racing‘s Jordan setting a 48.557s effort.

The session was then red flagged for a lengthy period as medics arrived on the scene to assist an injured mechanic in the pit lane, who left in an ambulance as the clock was stopped with 23 minutes to go.

Upon the session’s resumption, Jordan’s time fell foul to the MG of Plato a few minutes into proceedings, breaking Jordan’s 2013 pole position time at the Indy circuit with a lap of 48.354s that ultimately would not be beaten.

Colin Turkington interloped the lead pair to go second and bump Jordan down to third place in the WSR BMW 1-Series, while Matt Neal was the first of the Honda Yuasa Racing Civic Tourers as he ended the session in fourth overall with a late effort.

Morgan ended the session fifth for Mercedes as the manufacturer returns for the first time since the 80s, while Aron Smith finished sixth for BMR Racing in the Volkswagen CC which continued to improve.

Rob Collard (WSR) next up ahead of, Sam Tordoff‘s MG, Shedden’s Honda surviving a big moment and Alain Menu in the second BMR Volkswagen rounding out the top 10.

Fellow former double champion Fabrizio Giovanardi ended the session down in 16th with another Motorbase Ford Focus, returning to a track he has claimed five race victories around between 2006-09.

Follow all the action from Brands Hatch this weekend with The Checkered Flag, and via Twitter at @tcfBTCC.