Happy Turkington “Out Of the Blocks Well” 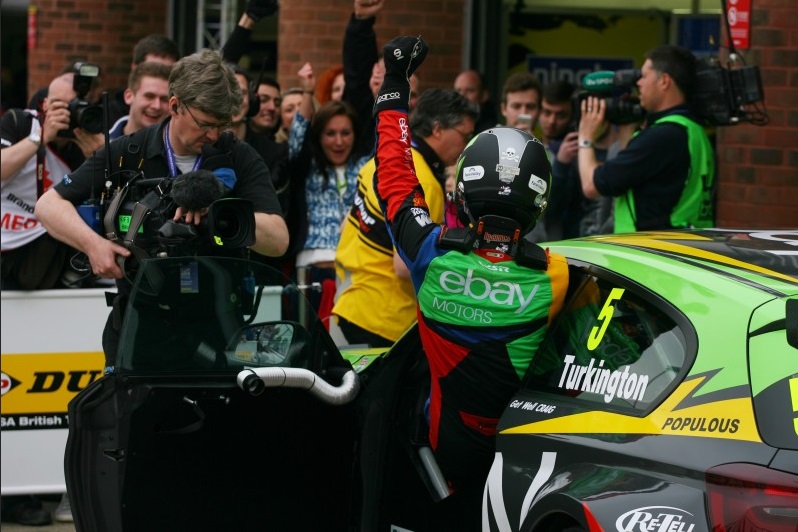 Colin Turkington declared himself happy to have come out of the blocks strong with a win at the opening weekend of the 2014 Dunlop MSA British Touring Car Championship at Brands Hatch.

The West Surrey Racing driver was a consistent front-runner throughout the weekend, and recovered from an eighth place finish early on Sunday to bag a third place in the second with some crucial overtakes before claiming a first win of the season in the final reverse-grid encounter.

A fine start from fourth on the grid set up his chance, before completing the script by passing his BMW team-mates Nick Foster and Rob Collard to claim a lead by lap seven he would never surrender, a tighter line exiting Clearways helping him move ahead of the latter.

Speaking to The Checkered Flag after his triumph, Turkington said: “It was really good actually. The car has performed from lap one to the safety car, so I was able to manage the race quite well and with not too many issues on the soft tyre.

“After the safety car it was a bit more difficult, but I still think we had more pace compared to the guys behind. I don’t think any of us knew what to expect with the soft tyre, but my car performed really well.

“We didn’t know which direction it was going to go – I was conscious of managing the tyre from lap one, and certainly in the last few laps my times were starting to drop off quite a bit. Fair play to the team who have moved the car in the right direction for the soft tyres.” 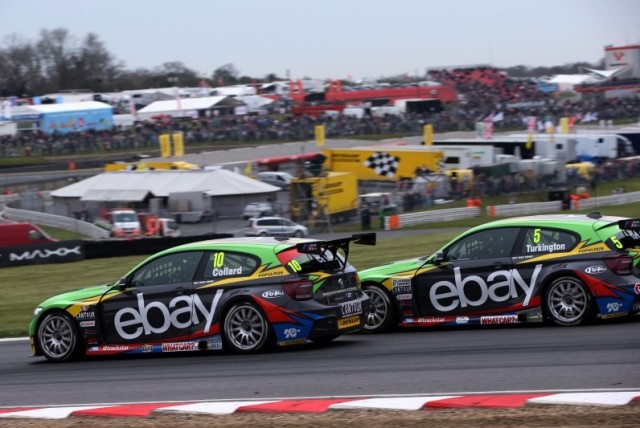 Turkington has the luxury in 2014 of this time making a strong start to his season after a learning opening weekend with the BMW 125i last season at the same Kent circuit, and was pleased with his performances.

“It’s good to come out of the blocks well. We have a year of experience now with the car and a good test programme, so we could hit the ground running. It’s nice to show our intentions early in the season.

“We had some damage so from about mid-race distance and I was just trying to hang on, so it’s nice to bounce back from a bruise”, he added, after starting with an eighth place following mechanical damage hobbling his opening race of the day.

“Overall, a strong weekend. We’ve been at the sharp end all through the weekend, and things are looking good for all three cars.

“We’ve just got to try again at Donington. We know we need to be more consistent this year and be good at all of the tracks, not having too many weaknesses.”

Donington Park is the next location the BTCC will stop at on 19/20 April, a circuit at which Turkington tasted success at in the series’ previous visit to the track to give the 125i its first win.

“Donington was good for us last year, albeit from the back of a reverse-grid. I don’t think that we should be too far away there. The weight is a limiting factor with these cars, but there’s a long way to go.”