Formula E: The Story So Far 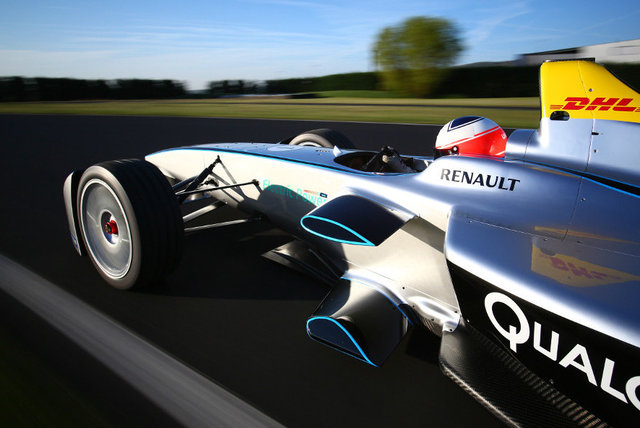 With Beijing set to host the first ever FIA Formula E Championship race in a little over four months, the series is starting to shape up.

Beijing as the first host country gives a clear indication of the ethos of the new fully electric series. Beijing is a city, emerging as a world force, that is producing huge amounts of global warming with 30% of it coming from their cars.

With the fully electric Spark-Renault SRT-01E, all 10 teams are using the same car for the first season, set to race around the streets, it not only shows a preference for street circuits, but the determination to promote electric powered cars as a viable, and crucially, attractive proposition to the public.

In some countries, it is more important than others. The prominent website Forbes.com wrote of how Formula E could promote the electric car marquee Tesla in China, alongside their own domestic brands such as BYD and BAIC.

Improvement and building a’ cool’ reputation is one thing, but naturally, the racing itself is the main attraction.

It will certainly be a strange series to watch. The races can only last an hour as of now and it may seem short, but it is a step too far for the cars. Halfway through a race, the drivers will pit to get into another car. 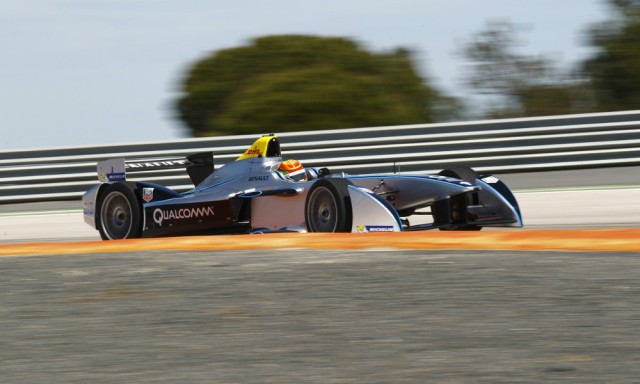 Naturally, the car is at the pinnacle of the currently technology. As the official site says the Spark-Renault “aims to stretch the boundaries of what is currently achievable in electric motorsport, whilst ensuring a balance between cost effectiveness and sustainability. In addition to coping with the demands of racing entirely on street circuits.”

The result of this is that a consortium of top motorsport companies have come together to create the car. Dallara have provided a chassis designed to aid overtaking aerodynamically. The powertrain and electronics come from McLaren. Williams Advanced Engineering, part of the Williams group that includes the F1 team, will supply the 200kw, 270bhp producing batteries. Hewland will then add the paddle shift sequential gearbox. The monumental task of entwining it all seamlessly falls to Renault.

The result is a rather strange identity. If you thought Formula 1 was now quiet, imagine a muffled airliner taking off, and it is very close to the sound of the Spark-Renault. Gear changing is a different challenge. Unable to listen to the sound of the engine, lights on the steering wheel will indicate gear shifting.

Chinese driver Ho-Pin Tung, who often competes in the Asian Le Mans and the Asian Carrera Cup, took the new car around Spain’s Circuit Monteblanco and simulated the equivalent of three races, taking the total testing up to around 2,000 miles.

Naturally, Tung is able to give an insight into how the car is to drive: “There’s going to be super-close racing because you can brake really late.” said Tung to the Formula E site.

He also touched on an interesting concept unique to the series. Push to boost. This button will allow the car to produce maximum power to aid an overtaking manoeuvre. It may be a move to appeal to viewers to increase competition, but they have not stopped there. There is also fan boost. Fans can vote for their favourite drivers to get one extra ‘Push-to-Pass’, allowing fans to directly influence the race.

Mentioning drivers, and it remains to be seen who will join the ten teams. Only one of the ten teams has announced their two drivers. ABT Sportsline have announced that Audi factory driver Lucas Di Grassi will team up with youngster Daniel Abt for the 2014/15 season.

However, Super Aguri have dropped a hint as to who may race for them. Team Principal Mark Preston has said the team are in discussions with Takuma Sato to race for their team.

With the series beginning to shape up for the first ever Formula E series, there are plenty of unknowns. Yet with names such as Alain Prost throwing their weight behind the series, there is plenty of faith that Formula E will not be a flash in the pan, and will also gain a credible footing in motorsport.