David Pittard: “I Couldn’t Turn Down A BTCC Chance” 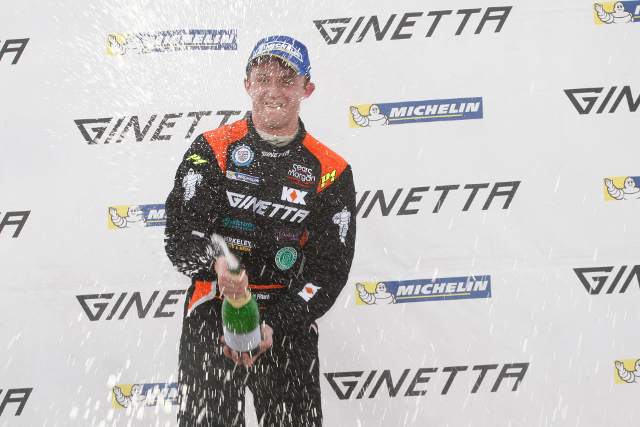 Michelin Ginetta GT4 Supercup front-runner David Pittard says that he is focusing on a future in GT Racing, but told The Checkered Flag that he would still leap at a chance to drive a BTCC machine if it came his direction.

KX Akademy member and BRDC Rising Star Pittard was a front-runner and race winner in the British GT-supporting Ginetta GT5 Challenge last season, and has since shone on his graduation into the GT4 Supercup in 2014, with eight podium finishes to his name and three victories for SV Racing With KX.

The GT route in motorsport is one that the 22-year-old admits he prefers the view towards, while his partnership with KX and place on the British Touring Car Championship’s support package may leave the door open to a tin-top switch, something he admits he could not turn a blind eye to if an open door proved more enticing.

“My long-term plan has always been GT Racing”, Pittard said to TCF after claiming his eighth podium of the GT4 Supercup season at Rockingham in the weekend’s opening race.

“I think that, if an opportunity came to drive a touring car, I definitely couldn’t turn it down”, he added when asked about his thoughts on the BTCC, what with KX working alongside Triple Eight and drivers Jason Plato and Sam Tordoff.

Tordoff in particular was helped in his graduation to BTCC from his involvement with the KX Akademy, having raced in the support paddock for several seasons in both Clio Cup and Porsche Carrera Cup GB. Tom Ingram also moved up to BTCC this year with Speedworks having claimed the 2013 GT4 Supercup crown under the same Akademy support, and Pittard kept his options open for the future of his still young career.

He added: “[BTCC] is something that I’ve always looked up to. At the end of the day, if the chance did come, then I say that you couldn’t turn down touring cars. I think that long-term, GTs is probably more where I want to be.”

With five races still remaining in the current GT4 Supercup campaign, Pittard now lies just seven points behind third-placed Andrew Watson in the championship standings, but 78 behind series leader Charlie Robertson who beat him to race one honours at Rockingham.

Pittard added that the rostrum finish was a long time coming, saying: “It’s been a while since I’ve been on the podium; things at Snetterton and Knockhill just didn’t go our way.” 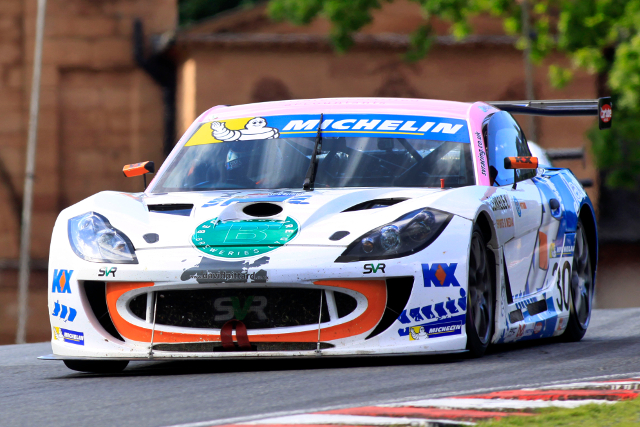