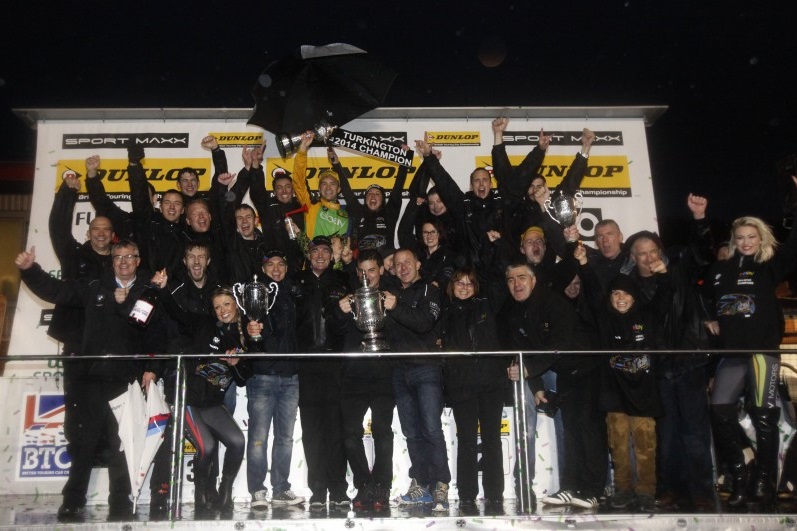 Turkington wrapped up his second title with WSR in the opening race of the final weekend of the season at Brands Hatch GP, finishing third behind the Triple Eight MGs to put the crown out of reach from Jason Plato with two races remaining.

The new champion admitted that the title success was just as sweet as his 2009 triumph with the same WSR outfit, and team boss Bennetts backed up that sentiment regarding the level of competition on the current grid.

The WSR boss himself said: “It’s the same, but better in a way because it’s a more competitive championship now than in 2009. There’s seven ex-champions on a very competitive grid of 31 cars.

“We did a lot of work through the winter; we did more development work than we actually did on-track testing, and it’s paid off handsomely because all three drivers have found the car a lot easier to drive.

“It’s the same, but better in a way because it’s a more competitive championship now than in 2009. There’s seven ex-champions on a very competitive grid of 31 cars.”

Bennetts hailed the performance of newly-crowned champion Turkington, the Northern Irishman having collected eight wins along the way in a superb title-winning campaign.

“It’s just allowed Colin to lift himself up another step of the ladder”, said Bennetts on the performances of his lead driver on his way to the title.

“We know he’s very good. I certainly hope that we can hang onto him and carry the number one on the car for next year. Colin is the cleanest driver out there.”

The 2014 season saw BMW return to the top of the series for the first time since Turkington’s 2009 victory, the BMW 125i thriving with the Northern Irishman in particular behind the wheel, Rob Collard ending sixth in the standings to back up the team’s season despite rival front-wheel drive squads voicing their opinions on parity.

“Oh yeah, you just get fed up with it really”, Bennetts said on the behind-the-scenes debates surrounding parity between front-wheel drive and rear-wheel drive cars.

“We’ve all got our opinions and answers, but we don’t go on about it publicly, so we just kept working on the job that we’re doing and then those people taking liberties we can just ignore.”

The Independent squad enjoyed their most successful season in the BTCC, coming away with four championships to reward their season’s work.

Bennetts said that this made the 2014 success sweeter, adding: “It’s better because in ’09 we didn’t win all the championships. To come away with the overall Drivers’ Championship, overall Teams’ and both Independents’ titles is fantastic.

“Were an Independent team, so we’ve only got 28 or so people working on the race team.”

Bennetts confirmed that he hopes to see no significant changes in his squad plans for next season, as sponsorship and potential drivers begin to show their cards to the Independent squad in preparation for 2015.

“We hope to run three cars again next year; a lot of people are in dialogue with us to race, so we need to get the big sponsors in place first to continue”, he concluded.

The BTCC’s golden era is a must watch

Fired up Turkington ready to attack at Silverstone