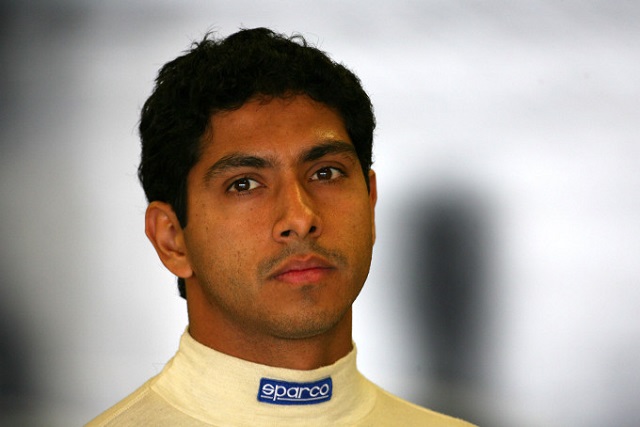 Amlin Aguri will have their fourth driver of the season race at the Punta del Este ePrix in the third round of the Formula E Championship, as Salvador Duran replaces Katherine Legge for the Uruguayan race.

Duran will team up with Antonio Felix da Costa, who will make his second appearance of the season after Takuma Sato replaced the Portuguese racer in Beijing.

Duran joins with the Amlin Aguri team lying in seventh in the team standings following a difficult opening two rounds. Beijing saw only two points scored, before four were added in Putrajaya.

Mexinan racer Duran has previously competed in the A1GP Series, World Series by Renault 3.5 and British F3, bringing plenty of singleseater experience to the Aguri team. His prior CV played a part in his arrival as Team Principal Mark Preston explained.

“Salvador knows what it takes to succeed in a one-make championship and for Amlin Aguri that was a key factor in our decision to bring him in once we knew Katherine would be tied-up elsewhere,” he said. “Having Salvador together with Antonio shows that we continue to have a strong driver line-up.”

With Amlin Aguri’s line up now confirmed, Duran is looking forward to making his debut in the all-electric series.

“I’m delighted with the opportunity to join the Amlin Aguri team and am very grateful to embark on this new venture with an exciting new team in a brand new sport,” said Duran. “This innovative championship signals a new era for motorsport and I’m looking forward to getting involved.”

While a novice in the series, Duran admits he has kept an eye on Formula E’s new beginning.

“I have been following the team and the championship closely and I can see that this car reacts differently which is a fantastic challenge,” he said. “Aguri Suzuki, Mark Preston and the whole Amlin Aguri team have made me feel really welcome so far as a new member of the team. I’m also looking forward to driving with Antonio Felix da Costa, he is very competitive and an excellent driver.”

By Paul Hensby
1 Mins read
McLaren’s participation in Formula E in 2022-23 remains in limbo, particularly after the announcements by Audi and BMW that they will be withdrawing from the championship.
Formula E

Nyck de Vries: “It's really nice to have made it onto the podium here in London”

By Paul Hensby
3 Mins read
Nyck de Vries took two podium finishes in the London E-Prix weekend to propel himself to the top of the Formula E standings heading into the season finale in Berlin.
Formula E

By Paul Hensby
2 Mins read
Lucas di Grassi says Audi had to gamble during Sunday’s second race of the London E-Prix by pitting behind the safety car, a gamble that ultimately backfired.