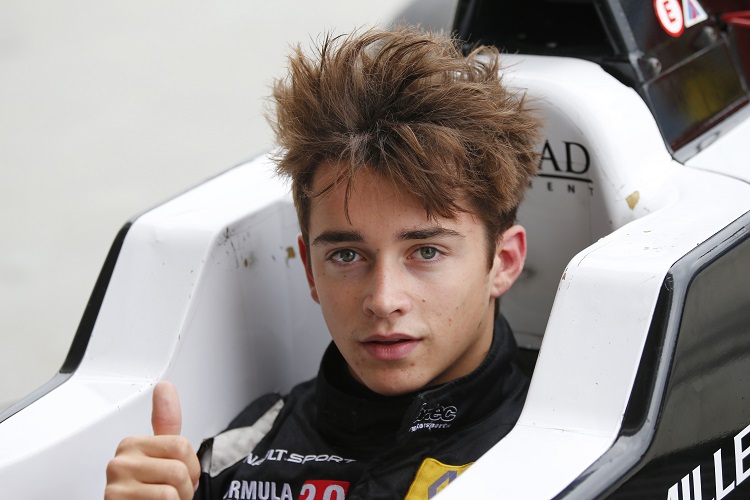 Highly rated seventeen-year-old Charles Leclerc has become the second driver to be confirmed with Van Amersfoort Racing for the 2015 FIA European Formula 3 Championship.

The Monegasque driver, part of Nicholas Todt’s stable of drivers, joins Italian karter Alessio Lorandi in the team for the 2015 season having tested a VAR Dallara Volkswagen in Valencia before Christmas.

Van Amersfoort Racing have a rich history in Formula 3, and gave Max Verstappen his break in the series in 2014 where he did enough to warrant a promotion to Formula 1 this season with Scuderia Toro Rosso, and Leclerc was happy to join the team despite also testing with Prema Powerteam, Carlin and Fortec Motorsport.

“I’m very happy to join Van Amersfoort Racing and the highly rated FIA F3 European Championship for this season,” said Leclerc, who raced in the Formula Renault 2.0 ALPS championship in 2014. “The team and I have an exciting challenge ahead of us.

“Following the test I did last December in Valencia, I really look foward to working with such an experienced and successful team. The FIA F3 European Championship produced great champions in the past, so i think it’s the best place for me to keep growing as a driver.”

Team Principal Fritz van Amersfoort welcomed Leclerc to the team and admitted he has been impressed by the Monegasque driver so far in his career.

“It is our privilege to welcome Charles at our team,” said van Amersfoort. “He impressed us with his performance in Karting and in the ALPS championship. Securing the vice-championship in his first year in single-seater, being only 17 years old, is impressive.

“Charles has the raw speed and race craft to play a prominent role in the FIA F3 European Championship. It is our challenge to give him the tools to be successful from the very beginning.”