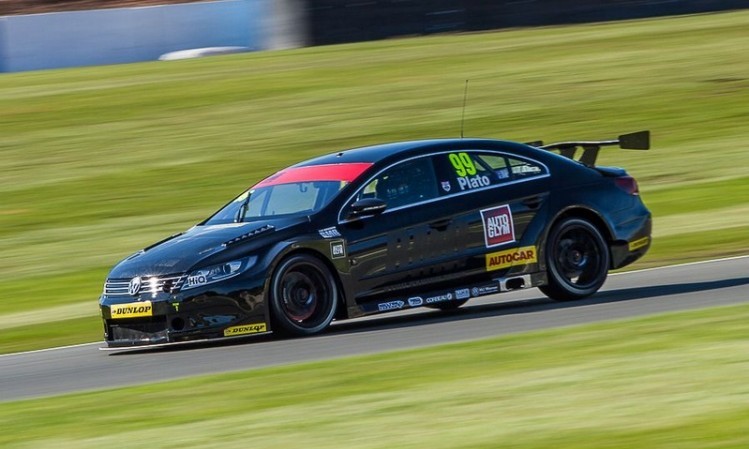 Jason Plato set the pace in first practice for the second Dunlop MSA British Touring Car Championship meeting of the 2015 season at Donington.

The BMR Racing driver moved to the head of the times with four minutes remaining of the interrupted practice session, bumping Andrew Jordan from the top spot with an ultimate fastest time of 1:09.665s.

Plato, who lies 13th in the championship after his bad luck of Brands Hatch, set a searing pace that was 0.589s quicker than nearest rival, Gordon Shedden, the Honda Yuasa Racing man disposing Jordan’s MG6 GT to third spot.

Colin Turkington and Aron Smith made it three BMR Volkswagen CCs in the top five in initial practice, followed up by a pair of rapid Mercedes A-Class machines as Adam Morgan and Aiden Moffat were next in line ahead of Tom Ingram‘s Speedworks Motorsport Toyota Avensis.

The action was halted for several minutes with 15 remaining on the clock, after the Audi A4 of Hunter Abbott was tagged into a spin at the final chicane by Jack Goff‘s Triple Eight Race Engineering MG6 GT.

Returning but not heading out on track was Dan Welch in the Proton Gen-2, Welch having missed the Brands Hatch season opener through a foot injury. His team-mate Andy Wilmot also ventured out onto the circuit, while Richard Hawken participated alongside Support Our Paras Racing team-mate Derek Palmer Jr who ran in the second Infiniti Q50.

Stewart Lines was unable to make it out on track for Houseman Racing, the Toyota Avensis victim to a fuel problem. 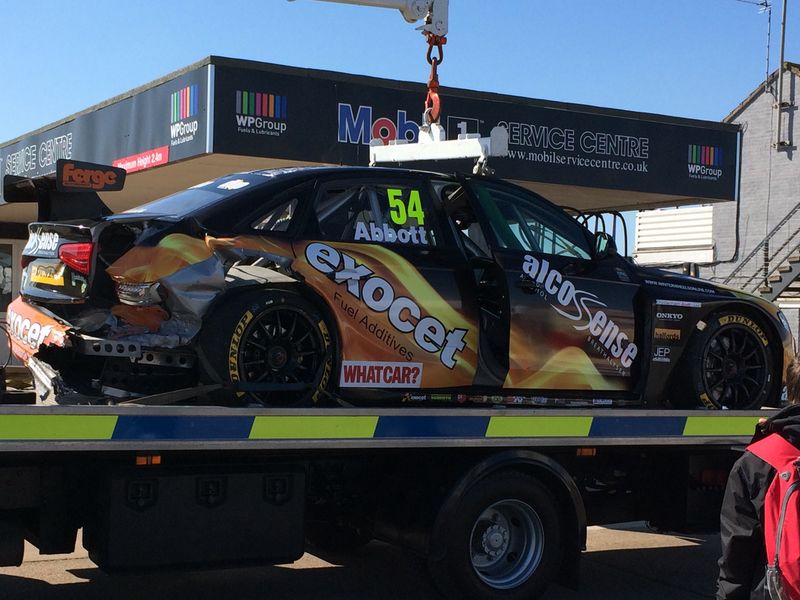 FP2 gets underway at 12:50, and you can keep up with the action here at www.thecheckeredflag.co.uk, or via Twitter at @tcfBTCC.