The accident took place at the exit of Allard corner, Bushell coming out of the pit lane while Belcher was starting a flying lap heading through the same right-hander.

The pair connected and slammed into the barriers, Bushell suffering ligament damage to his left leg in the impact which put both out of the weekend at Thruxton.

Bushell told The Checkered Flag: “I came out of the pits, I checked my mirrors and Simon just happened to be right in the blind spot of what I could see going through the first corner.

“I could only go visually by what I could see. A real shame.”

The accident was Belcher’s second big shunt in as many years at the Hampshire venue, having escaped injury 12 months ago when a mechanical failure pitched his Toyota Avensis off the circuit at Church corner and into a frightening roll.

“I’m absolutely fine”, Belcher added to TCF on Sunday. “It’s just the feeling of waking up this morning knowing that you’re at a touring car meeting and won’t even be out there that hurts.”

The Toyota Avensis suffered heavy damage to both the front and rear, Belcher hopeful of returning to action at Outlon Park on 6/7 June.

“The damage is quite severe. I said to the guys ‘anything you can do, you can tape it up just to get me back out on that grid!’ and we tried our very best. The rear structure is badly damaged – the damage to the shell in that impact caused more damage than the accident I had here last year.

“Luckily, Speedworks have got two more shells sat there waiting, so if we have to use one of their shells then that is what we’ll do. We’ll see where we’re at first.”

Credit: All images below courtesy of Craig McAllister/©CMC-Images 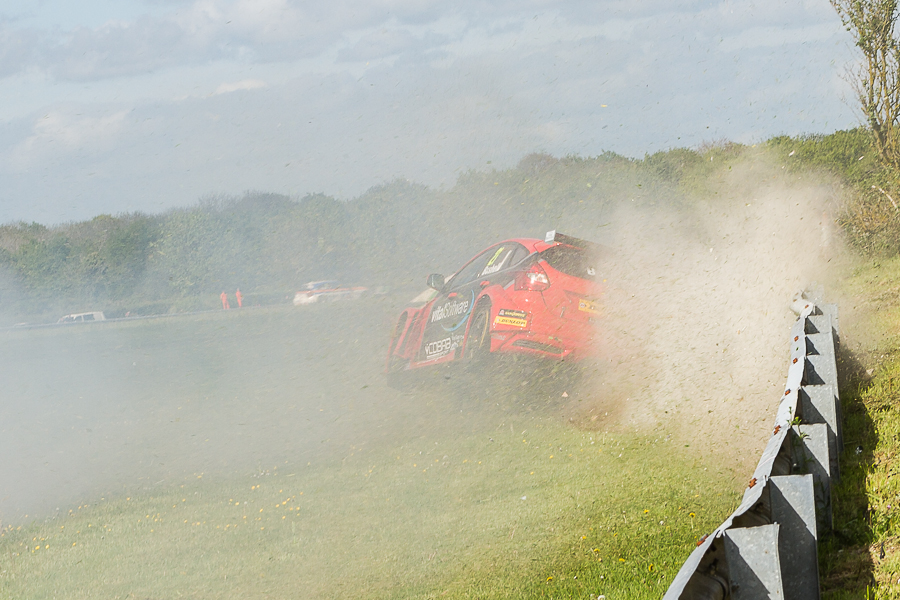 Tom Ingram – Oulton Park is a thrill ride from start to...