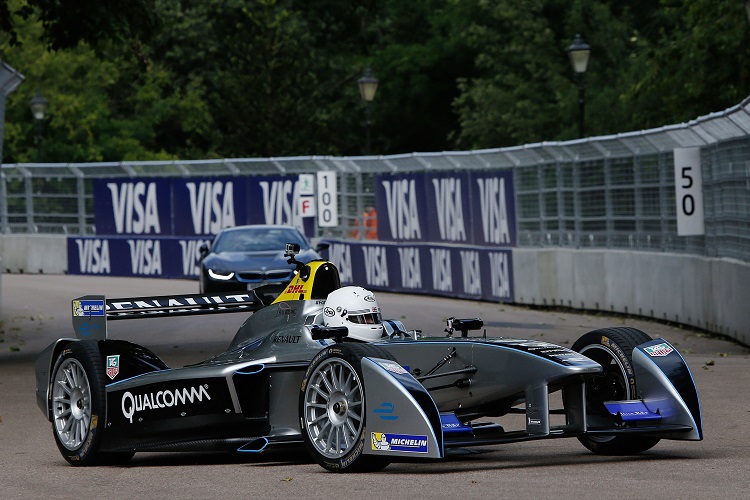 The Mayor of London Boris Johnson got behind the wheel of a Formula E Spark-Renault SRT_01E car on Friday as he ran two laps of the Battersea Park circuit, which hosts the final two races of the inaugural Formula E season this weekend.

Although admitting that he has gone faster in the past after completing his laps at a slow pace, Johnson was full of praise for the championship CEO Alejandro Agag for creating the all-electric series, and welcomed Formula E to London.

“It certainly is fast but I’ve gone faster!” he reflected. “It’s a wonderful venue for London and I congratulate Alejandro and everyone at Formula E on what they’ve done.

“Wandsworth [borough council] have played a blinder getting it here in Battersea Park and let’s make sure we have it every year!

“What it showcases is a drive to get low carbon vehicles on the streets and the aim of having an ultra-low emission zone in the heart of the city by 2020.”

By Nick Golding
1 Mins read
Sam Bird won’t be racing at the Seoul E-Prix after fracturing his left hand on the opening lap of Round fourteen at the London E-Prix.
Formula E

"I was always having to defend my position" - Maximilian Günther

By Nick Golding
1 Mins read
Maximilian Günther had a mixed London E-Prix, after scoring points in one of the two races at the ExCeL Centre.