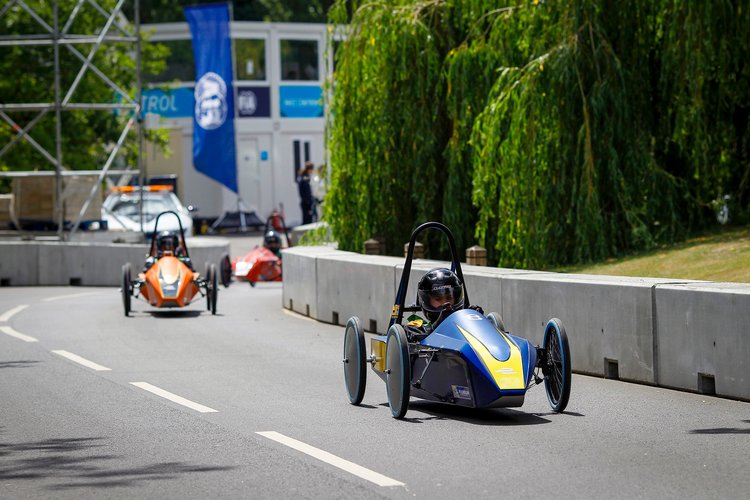 The Formula E School Series which has seen local engineering schools compete on Formula E tracks concluded this weekend in London, after a close battle between two schools was only concluded in the final corner.

The School Series was set up as to promote engineering for young people aged 11-16, as well as green technologies for use in future developments. Having already seen rounds for various events including races in Buenos Aires and Long Beach the event also allows racers to show off their driving skill in cars that have a broadly similar power unit and chassis as well as the engineering skill of young people.

The London round was won by the Colfe’s School at the hands of fourteen year old, Luke Ide. The young driver managed a good start leaping from third to first by the first corner. What would ensue was a race long battle with Harry Warren of the London Nautical School.

The two drivers swapped the lead position on many occasions throughout the 5 lap, 20 minute race. This would eventually culminate in Ide launching his car up the inside of Warren’s in the final corner to take victory.

Third place would go to the Highgate School, whose car was driven by Rory McKinnon. While challenges from other competitors would be quashed after damage, with Thomas Finch of ELUTEC falling back with a bent suspension, after he was forced to clatter over the kerbs by the scrap at the start. While Pedro Carvalho of the Royal Greenwich UTC dropped from the lead with a puncture in the early stages.

Ide was delighted with his win, saying; “It was an amazing experience and a great battle. I got the lead right at the start because the two cars ahead of me just didn’t get away properly. It was great to see all the people in the grandstands watching us; there were thousands of them. It’s definitely an experience I hope to have again in future.”

The Series was run with the assistance of Greenpower Education Trust who have has 16 years of experience with running secondary school engineering championships, similar the inaugural Formula E school series.

By Nick Golding
2 Mins read
Stoffel Vandoorne is on the verge of becoming the Season 8 Formula E World Champion; however, he needs to navigate the season finale Seoul E-Prix to do so.
Formula E

By Nick Golding
1 Mins read
Sam Bird won’t be racing at the Seoul E-Prix after fracturing his left hand on the opening lap of Round fourteen at the London E-Prix.