“No Time For Backing Off” Says Points Leader Gordon Shedden 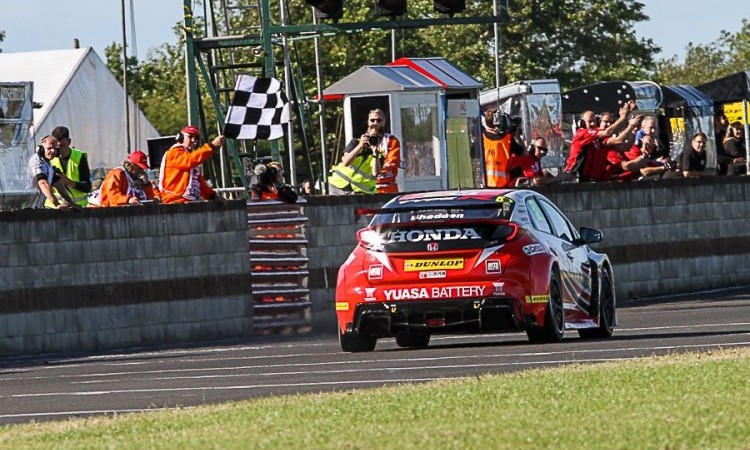 After the opening 15 races of the 2015 Dunlop MSA British Touring Car Championship, Gordon Shedden remained overjoyed with the performance of the Honda Yuasa Racing‘s latest Civic Type-R as he holds a championship lead of 10 points following Croft.

The 2012 champion was the man who came closest to spoiling West Surrey Racing‘s dominant weekend in North Yorkshire, Shedden qualifying third despite carrying 66kg of success ballast before adding consistent results of fourth, fifth and third on Sunday.

Race three saw the Scot take the lead from pole-sitter Rob Collard on the softer Dunlop tyre, but the degrading rubber soon saw him slip back to third by the flag. Nonetheless, Shedden left Croft very much upbeat having moved into the series lead after five of the 10 meetings.

“This was never going to be an easy one,” Shedden commented to media including TCF. “Just in terms of what the BMWs and the Audi can do, with that there’s swings and roundabouts and it’ll change as the year goes on.

“I had a cracking run in qualifying to be fair. To stick it third on the grid with 66kg – I was dead chuffed with that. I’ve had a really good car all weekend. Race one was OK; good points, but the BMWs have been enjoying a different race to the rest of us at this circuit, so fourth was probably the best I could have hoped for. 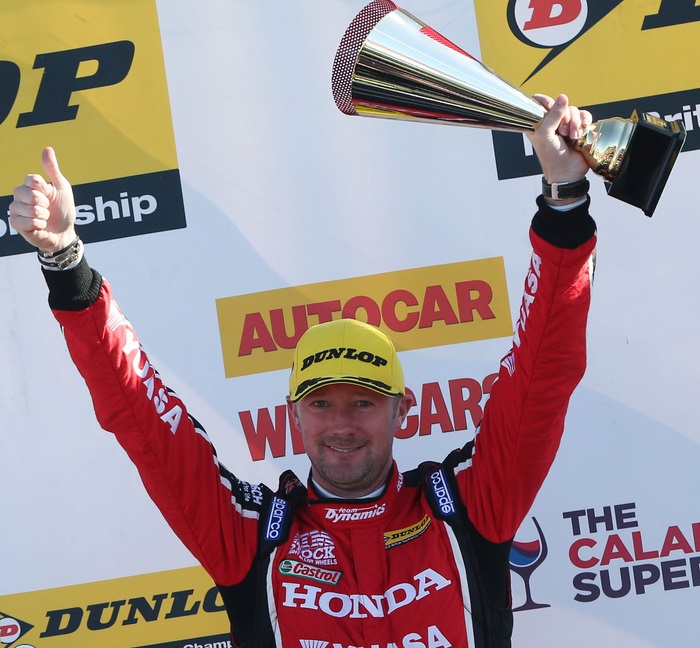 “Race two; it wasn’t perfect, but it was solid points and then a podium in race three which, with soft tyres on a front wheel drive car, dead chuffed with that.”

The Scot’s competitive opening 15 races see him head the championship venturing into the mid-season summer break, lying 10 points clear of Team BMR‘s Jason Plato and a much-extended 23 ahead of Honda team-mate, Matt Neal.

Shedden says the points scenario remains mere bragging rights at this stage, saying: “It’s a good first half of the year, but there’s no prizes at this stage unfortunately! If I can be leading at the end of the season by 10 points I’ll be doing backflips.

“Everyone forgets a bit how late this Civic Type R was, my one didn’t turn a wheel until the media day and then it didn’t run particularly well either, it just did a couple of laps – but god it’s good. Give us six weeks to test the thing to try and understand it a bit more and I look forward to the second half of the year.”

On the question of Honda’s appearance at the official Dunlop test prior to the sixth meeting of the season at Snetterton, Shedden concurred, adding: “We’ll definitely test for sure, we have to make the most of the opportunity.

“It’s so competitive we’ve got to be on the double, if we don’t move forward we’ll go backwards at a great rate of knots so we’ve got to find something else but I fully believe it’s in it to be had.”

BTCC Standings After Round 5/10: