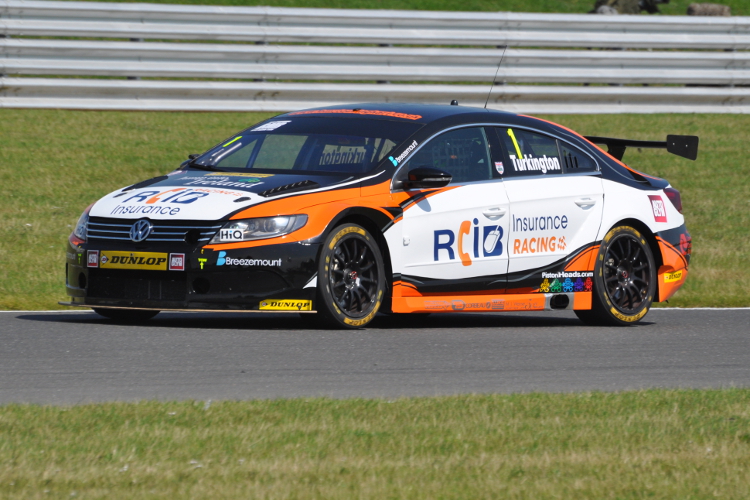 Turkington set a best time of 1m 56.047s to become the first two-time pole position setter so far this season, just edging out his Team BMR stablemates in a close-fought session which saw the top seventeen split by less than a second.

That time was 0.448s quicker than Plato’s previous qualifying record set last season, with the two-time champion left to settle for third this time around despite being only seven hundredths shy of Turkington’s best.

On a circuit that has seen an MG driver take pole in the previous two seasons, Andrew Jordan could only take a best of fourth for MG Pirtek Racing, with his Triple Eight team-mate Jack Goff in seventh behind Matt Neal and Andy Priaulx.

Sam Tordoff, the pole-sitter at the circuit two years ago, secured eighth on the grid ahead of Tom Ingram and Rob Collard, with only 0.452s splitting the top ten at the flag.

On Motorbase’s return to the championship, Mat Jackson was a lower than anticipated fourteenth in his Ford Focus, six places higher than team-mate James Cole.

Amongst the group splitting them was championship leader Gordon Shedden, who could only manage sixteenth in his ballast laden Honda Civic Type R.

Derek Palmer took the sole Support Our Paras Racing Infiniti Q50 to 23rd ahead of Robb Holland on his return to the series with Handy Motorsport, while debutant Barry Horne impressed to take 25th in the Dextra Racing Focus.

Missing from the action altogether meanwhile was Aiden Moffat, who is set to be out for the remainder of the weekend after showing signs of concussion following his FP2 accident.