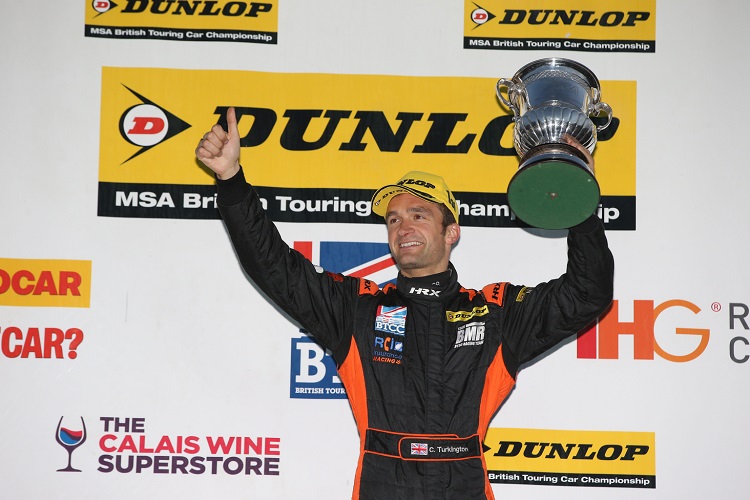 Colin Turkinton said he would leave the 2015 Dunlop MSA British Touring Car Championship with a smile on his face, after clinching a fifth Independents’ Championship crown at Brands Hatch GP circuit on finals day.

Despite finishing 34 points behind Team BMR team-mate Jason Plato in the overall Drivers’ Championship standings, the now former double BTCC champion emerged the better in the Independents’ Championship by a slim eight points to lift the trophy for a fifth time in his career.

The award is one that Turkington admits stays close to his heart, having first clinched it back in 2007 when racing under the Team RAC banner at former outfit, West Surrey Racing

“I’m proud to win this championship for a fifth time”, Turkington told The Checkered Flag on securing another Independent title, this time with Team BMR.

“Obviously I wanted to win it overall and I gave my absolute best all season, so I can take heart from that.

“I was very much focused on this, so I knew what I needed to do. After five laps I had a vibration in a front tyre, so I was conscious just to nurse that as I wasn’t going to be a hero in the third race.”

The trio of races at Brands Hatch GP circuit saw Turkington begin with a fourth place finish in Sunday’s opening encounter, only to come away pointless in the second to set up a deciding race between the BMR duo. 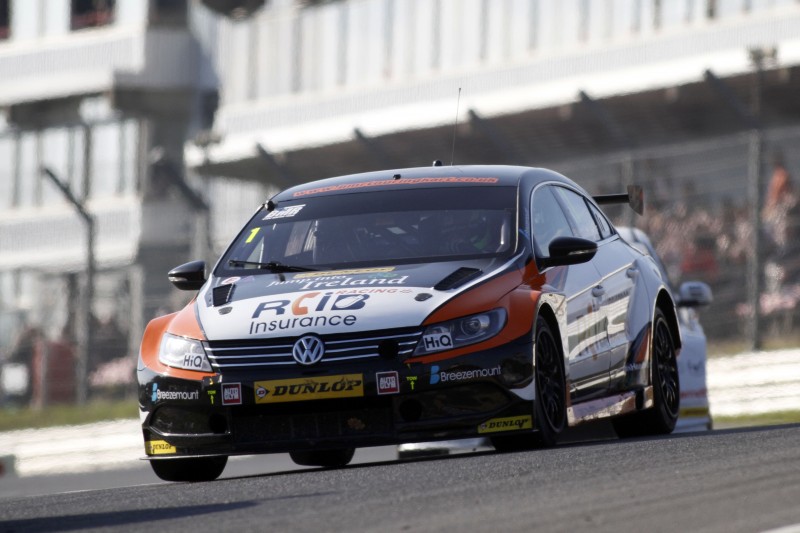 Turkington’s 12th place finish was ultimately enough to seal the Independents’ crown from Plato, a result he had set his sights on after the second race of the day.

“It’s the first first championship that I ever won, so you really want it. It’s such an important title so I’ll sleep with a smile on my face tonight.”

The 2009 and 2014 BTCC champion was almost left without a seat for the recently-concluded campaign, before finding solitude at BMR in the winter period alongside former title rival, Plato.

Turkington admitted that the season remained a learning experience, but four victories along the way gave the Northern Irishman heart heading into a new season.

He said: “At the same time, it’s been a tough season as well. I’ve had my work cut out since day one really trying to adjust to the new package, but I’ve built a good foundation going forward.”

“I’ve been so motivated all year. The competition gets tougher and tougher each year and the strength and depth is incredible, so fourth is nothing to be ashamed of.”

By Samuel Gill
3 Mins read
Reigning BTCC Drivers’ Champion Ash Sutton has started as he left off last season topping the opening free practice of the 2021 season at Thruxton.
BTCC

By Samuel Gill
10 Mins read
With another season of BTCC action starting this weekend at Thruxton, Samuel Gill brings you everything you need to know in an extensive Season Preview.
BTCC

By Samuel Gill
1 Mins read
Dan Cammish will make his return to the BTCC at this weekend’s season opener at Thruxton as guest driver for BTC Racing after the departure of Michael Crees earlier this week.