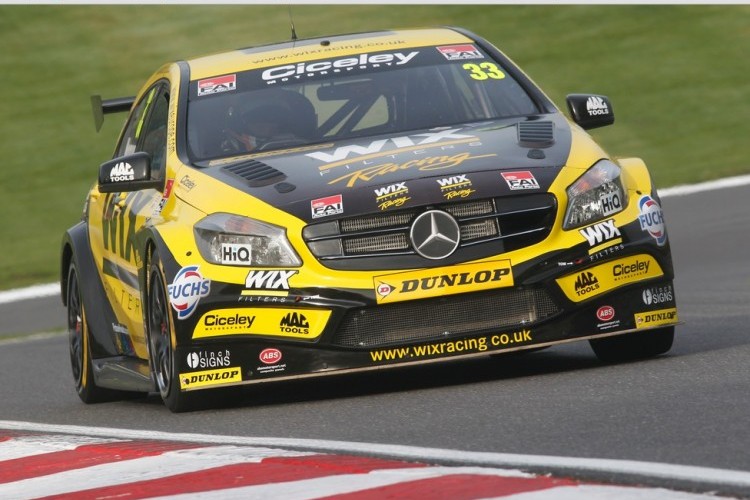 Adam Morgan says he would like to round off the 2015 Dunlop MSA British Touring Car Championship with a victory at Brands Hatch, also confirming he and Ciceley Racing are close to finalising their place on the grid for 2016.

The Mercedes A-Class driver will start the opening race of the curtain-closer in Kent from third spot on the grid behind Mat Jackson and Aron Smith, the Thruxton winner one of many to dip under the lap record in qualifying around the full GP layout.

“P3 – I really couldn’t ask for a lot more than that”, Morgan told The Checkered Flag after the 30-minute session, backing up his pace-setting opening practice performance.

“We went quickest in FP1, then we had an electrical fuel pressure problem. No major issues, so an easy fix and we were back underway.

“So hopefully we can turn that into some good results tomorrow and I can get another podium here for all of the lads in the garage, plus try and grab seventh or sixth in the championship.” 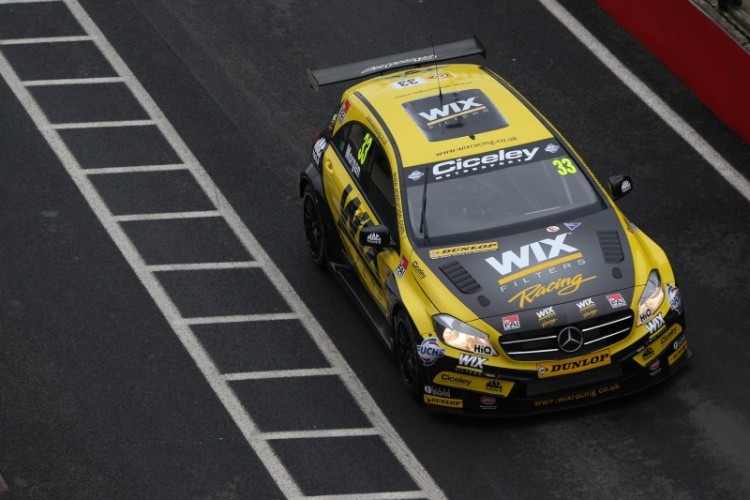 The Grand Prix layout of the Kent circuit played host to a thrilling encounter here 12 months ago, scene of Morgan’s first win in the BTCC – albeit not on the road as Jason Plato crossed the line first only to be put behind the former Ginetta GT Supercup champion.

On the prospect of celebrating another win 12 months on, Morgan added: “Yes, that would be nice! That’ll be lovely but it would be difficult because Mat Jackson is going to be quick in race one.

“But our race pace is really good, so if we get a good lap time and qualify well for race two, then hopefully we’re onto something pretty decent in that one.”

Starting third on the grid puts Morgan’s A-Class ahead of the top three drivers in the championship tussle – a battle of which he adds he would prefer to steer clear of rather than provide interference.

“Obviously I’ve got my own championship targets to think about, but I don’t want to be the one that causes any hassle or grievance between any of the title contenders. But, thinking about it, hopefully I can just get my head down and clear off from them.”

Looking beyond the trio of races in Kent on Sunday, Morgan also confirmed that himself and Ciceley Racing are all-but certain to feature again on the BTCC grid in 2016, with development the future target.

Morgan confirmed: “We’ve pretty much signed all of our sponsors back for next year, which is really nice knowing that you have the budget in place.

“We’ve retained our license, so we’re safe. We just need to do a little bit more development work obviously with these RML parts, then we can hit the ground running in 2016.”