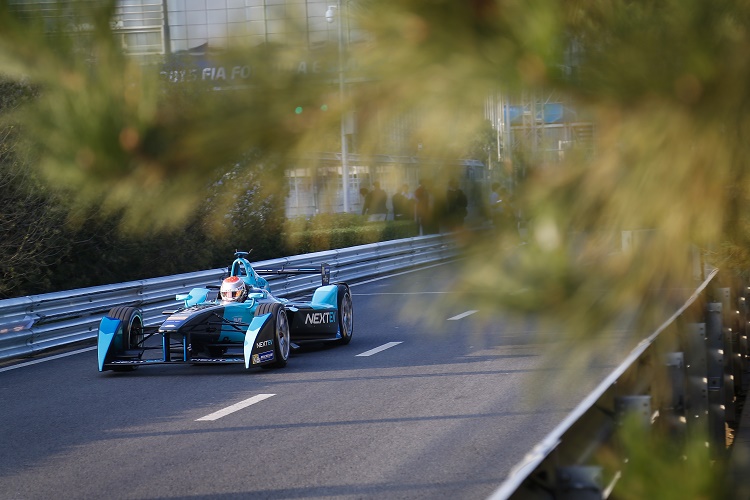 It was a disappointing weekend for reigning Formula E Champion Nelson Piquet after he suffered with issues on his car throughout Friday and Saturday. The problems for the NEXTEV TCR driver didn’t seem to disappear as the Brazilian lined up on the grid in 18th for Saturday’s race.

“This weekend has been difficult. Coming from winning a championship to a whole new season with a new car that we have had some problems with this weekend has of course been really frustrating,” said the 2014-15 Formula E Champion, Piquet.

Starting on the ninth row of the grid, it was all about making up positions for Piquet and when Simona de Silvestro retired on the opening laps of the race, he was able to do just that.

Pitting on Lap 15, Piquet emerged back out on track in ninth position just as the green flag was shown after full course yellow flags had been used for an incident between Jacques Vileneuve and Antonio Felix da Costa but two laps later, he temporarily stopped out on circuit due to a technical issue.

Piquet was able to get racing again, although he had fallen to 16th place. When the flag came out, Nico Prost had retired which allowed the NEXTEV TCR driver to finish the Beijing ePrix in 15th.

“It is part of being a driver is sticking together, working with the team and getting out of the hole together. It’s not just about being quick, but about building up a team and being on their side.

It’s only the first race so I don’t think it will be like this all season, but we need to work hard to improve things.”

Norman Nato: “It was a shame to get the penalty because it cost us another podium”

By Paul Hensby
2 Mins read
After being disqualified in Rome for using too much energy, Norman Nato again lost a podium finish in Valencia due to a penalty, this time for colliding with Alex Lynn.
Formula E

By Anna Schuurmans
3 Mins read
DS Techeetah’s Formula E weekend in Valencia was full of highs and lows, with only eleven points on board at the end of the two races.