Turkington collected four wins with his new squad last season on his way to fourth in the final standings, but now embarks on a new challenge with the BTCC debut of popular Japanese marque, Subaru, who will become a full works manufacturer entry.

“With the package we’ve put together, we’re confident we should be competitive from the beginning.” – Colin Turkington

“It’s really exciting news”, Turkington enthused to TCF at the Autosport Show on Thursday, admitting to a sense of relief compared to 12 months ago, when he was still hunting for a drive to defend his 2014 crown.

“This time last year, having won the championship, I didn’t know what I was going to be doing so it does allow you to prepare better for the season.

“I’m excited to be taking on a new project and with a brand as iconic as Subaru on their first time entering the BTCC. We have a lot of support already, so hopefully we’ll be able to develop a little bit of a cult following.

“[I’m] looking forward now to just getting the car out on track. Hopefully we’ll make it competitive from the beginning.” 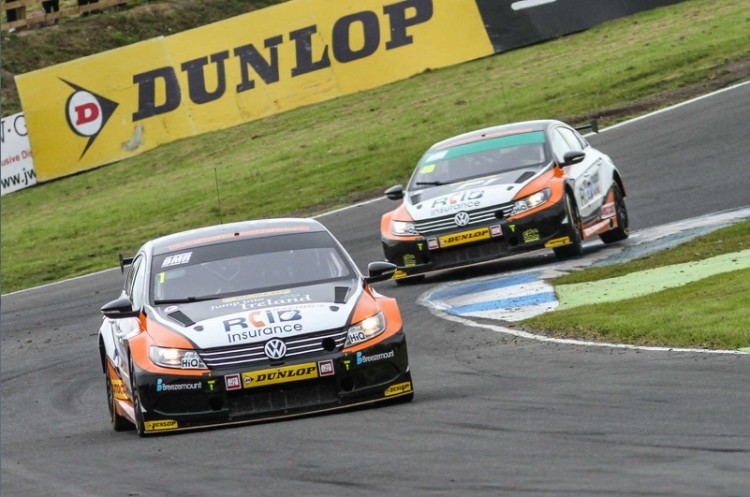 The switch in machinery from Volkswagen to the Levorg Sports Tourer also sees Turkington revert back to a rear-wheel drive car once again in 2016, a configuration that saw him clinch his brace of BTCC crowns previously.

Commenting on whether he will thrive on the switch back, the Northern Irishman said: “I’ve had my best success in a rear-wheel drive car, but I enjoyed last year with the Volkswagen. The challenges we had we were looking to build on, but as a driver it’s always good to be doing something different and sharpening the tools.”

Team-mate Plato famously gave Triple Eight‘s then-new MG6 GT a win on its debut weekend in 2012 despite a very late roll-out, a scenario that Turkington hopes could be achieved once again in 2016 as the team aim to repeat Chevrolet’s effort of taking the BTCC crown as a works outfit on their debut season.

On when the Subaru is expected to appear, Turkington said: “It will probably be in mid-to-late March.

“I don’t think there’s exactly a big date in the diary as of yet – in and around Media Day is when would be a good guess depending on how things go. The guys are working hard back at base so we’ve got the talent there to produce something special right out of the blocks.

“You always want more time. But, with the package we’ve put together, we’re confident we should be competitive from the beginning. Some people will be finding their feet again with the RML parts, so it’s probably not a bad time to be building and developing a new car.

“We might get to Brands Hatch with a lot of unknowns, but we’ll do the best we can. I’ll give it 100 per cent, regardless!”