Hans-Jurgen Abt: “We can only apologise to Lucas.” 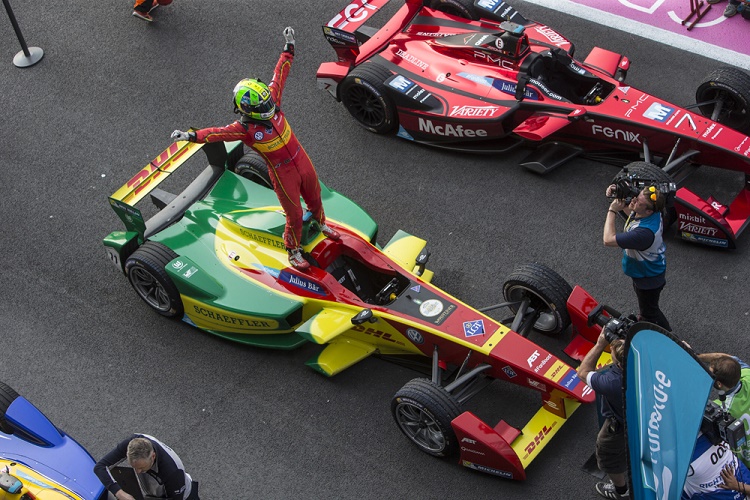 After being disqualified from the Mexico ePrix on Saturday, Lucas di Grassi’s team Abt Schaeffler Audi Sport admit that they are confused as to why the race winner’s car was underweight following the race in Mexico City.

The inaugural FIA Formula E Championship Mexico ePrix took place last weekend and di Grassi took an emotional win in front of a passionate crowd before it was announced that the Brazilian had been excluded from the race when his car was found to be 1.8kg under the minimum weight limit, handing the race win to Jerome d’Ambrosio at Dragon Racing.

Abt Schaeffler Audi Sport decided not to appeal the decision after concerns were raised that the team would possibly miss the upcoming Long Beach ePrix in a few weeks’ time.

“The car was weighed several times here in Mexico and exceeded the minimum weight every time,” said team boss Hans-Jurgen Abt. “Our team had not made any changes, we have no explanation for the measurement after the race. We will try to find out the reason for not making the minimum weight – we can only apologise to Lucas.

He drove a great race and won convincingly by more than five seconds, but was robbed of his just reward. We will do everything possible to make amends for this mistake and get Lucas back into the thick of the title fight.”

With Lucas di Grassi crossing the line as the winner, his teammate Daniel Abt came home to claim more points for the team in eighth, before the being promoted to seventh following the disqualification of his Brazilian teammate. The German was fighting far up the field before having to recover from an incident in the closing the laps of the race.

After losing the win, di Grassi now remains 22 points behind Sebastien Buemi at Renault e.dams in the Drivers’ Championship standings.