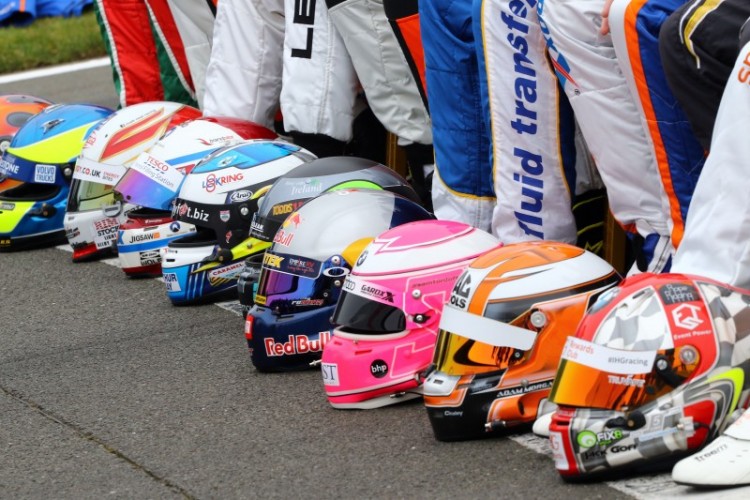 Fans flocking to Brands Hatch on 2/3 April will be greeted by a capacity grid of 32 cars as the 2016 Dunlop MSA British Touring Car Championship finally roars into action.

A total of five former champions will be among the eye-watering entry list heading to the season-opening round in Kent this weekend, joining by a further six rookies who will grace the field.

12 race winners will be among those taking part meanwhile, while four marques will contest for the Manufacturers’ Championship including a new name that will bring with it an iconic background and nostalgic fan following. 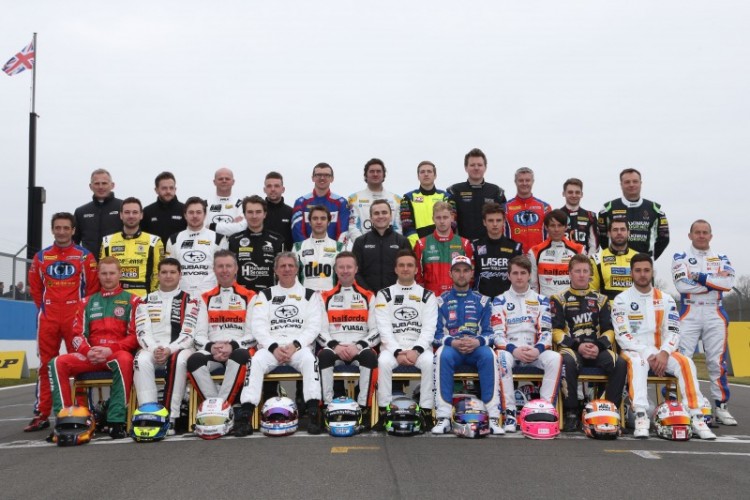 11 marques are represented on this year’s grid overall, the headlines made by the arrival of legendary Japanese manufacturer, Subaru, who join the BTCC for the first time in its history.

Gordon Shedden meanwhile bids to defend his BTCC crown in representing their main Japanese rivals, Honda, the Scot’s Civic Type-R carrying the orange and black colour scheme of a familiar face, as Halfords return to sponsor the reigning Manufacturer champions.

Shedden’s second title came in the most dramatic manner possible at the very same Brands Hatch strip of tarmac last October, fighting from outside the top 20 into the top five position he required to deny a third crown for his big rival, Jason Plato.

The latter will embark on a new challenge once again in 2016, this time leading the charge for Subaru’s new Levorg alongside fellow champion, Colin Turkington.

The fourth works outfit will be West Surrey Racing, as Sam Tordoff and Rob Collard again return with the sleek BMW 125i M-Sport alongside a new team-mate in Jack Goff, who switches from MG and front-wheel drive. 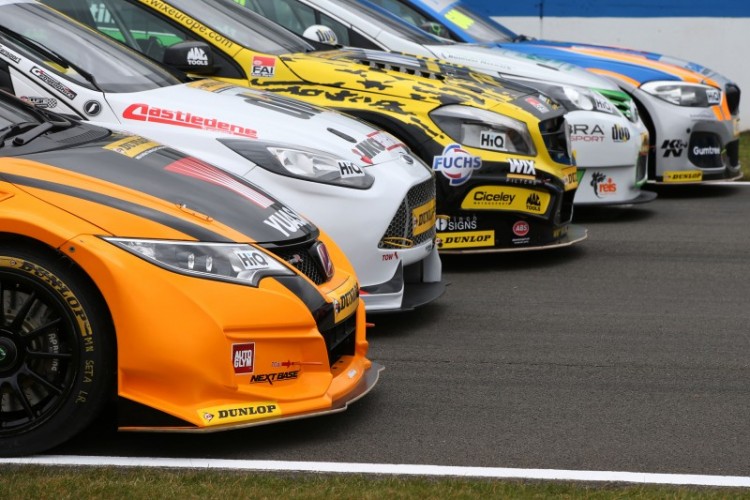 30 races across 10 meetings will be the distance of the championship once again, with the grid for each second Sunday race this year decided by the original method of results from the opening encounter of that day.

The most significant change goes on inside the machines of 2016, as competitors and teams adapt to new technical regulations and stock components from new suppliers, RML.

Series boss Alan Gow admitted that “70% of the field” will start the season fully up to scratch with these new parts, something that reigning champion Shedden admitted to TCF could change the pecking order. 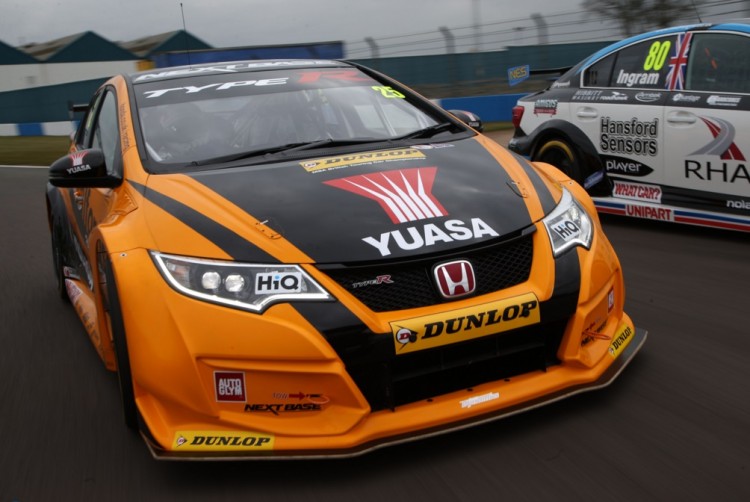 The Manufacturers’ Championship holders remain the early outfit to beat. Team BMR stepped up the challenge last season, but an updated TOCA engine and a strong winter testing period could stand the Civic Type-R squad in good stead initially.

A return to the familiar orange and black of Halfords has been welcomed with a warm embrace, while Shedden and Matt Neal both look as comfortable as they have been since their 2011/12 successes.

The third Civic Type-R has a familiar face to the BTCC behind its wheel, as Andy Neate makes the big step up to Honda having raced for the likes of WSR, Triple Eight and his own IP Tech Chevrolet outfit previously. 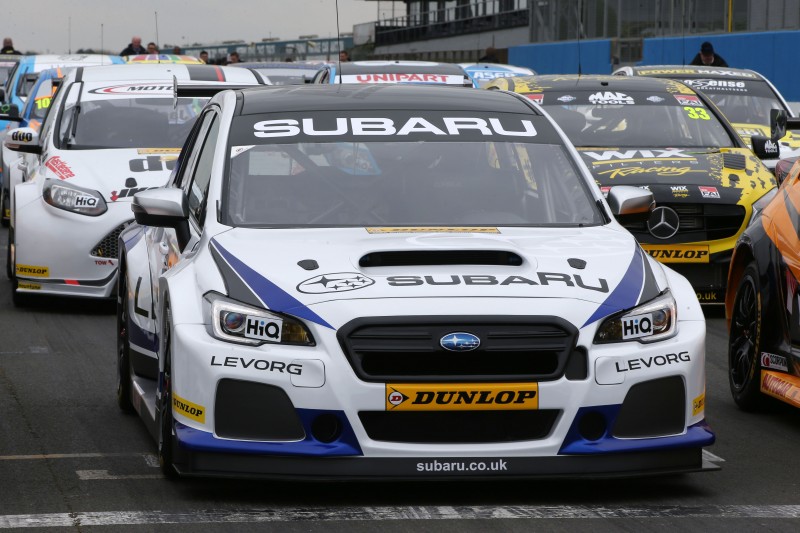 All eyes will be on a project that former double BTCC champion Plato has had on his mind since 2012, as Subaru grace the BTCC grid for the first time with the Levorg.

Equipped with a unique style of engine and Mountune power, the rear-wheel drive machine is planned to begin its assault in the Brands Hatch opener, with the formidable combination of two-time champions Plato and Turkington at the helm.

The duo will be joined by James Cole who switches from Motorbase, while team boss Warren Scott seals the fourth Levorg seat for 2016. 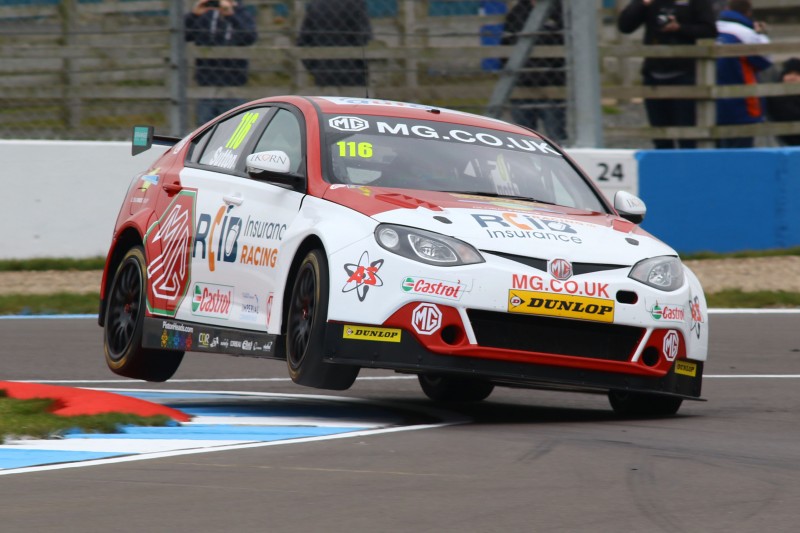 Jack Sears Trophy winner Cook was a star performer in 2015, this year spearheading MG and Triple Eight’s assault as he bids to add a first win to his maiden podium last year at Rockingham.

He is joined by reigning Renault UK Clio Cup champion Sutton, who excelled in his debut run in the car on Media Day and was only topped by Honda’s Neal in the closing minutes.

Both have sung praises of a car that last year looked to struggle somewhat, so encouraging times it appears for the BTCC’s most successful outfit. 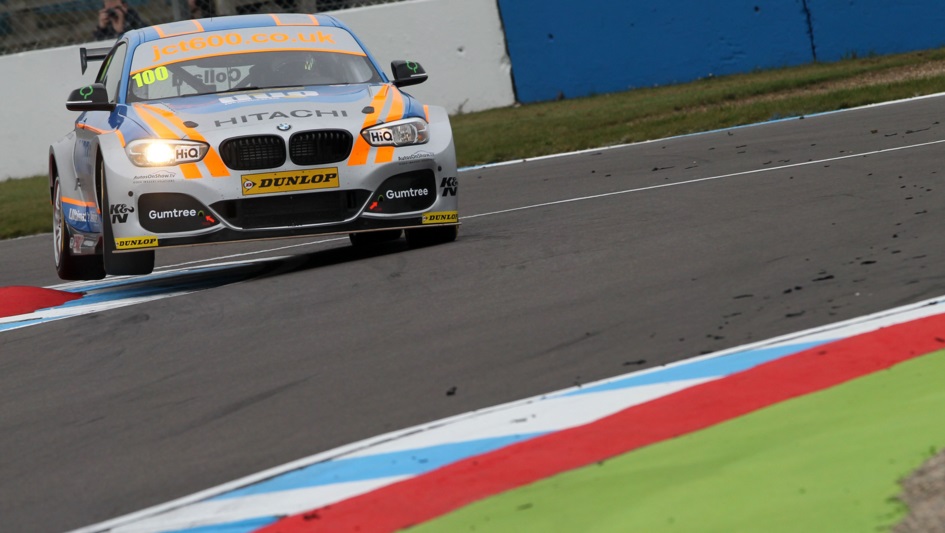 Carrying big numbers, Collard and Tordoff also now carry bigger hopes of success with an upgraded BMW 125i ahead of the 2016 campaign.

A brace of wins for Tordoff briefly saw him challenge for the championship, while Collard started best of all with victory at Brands Hatch before adding a further two later in a season plagued by poor fortune.

The pair are joined by Jack Goff, who now fills Andy Priaulx‘s former seat as he prepares an adaptation to rear-wheel drive from the Triple Eight MG6 GT he clinched a first win with at Snetterton last year. 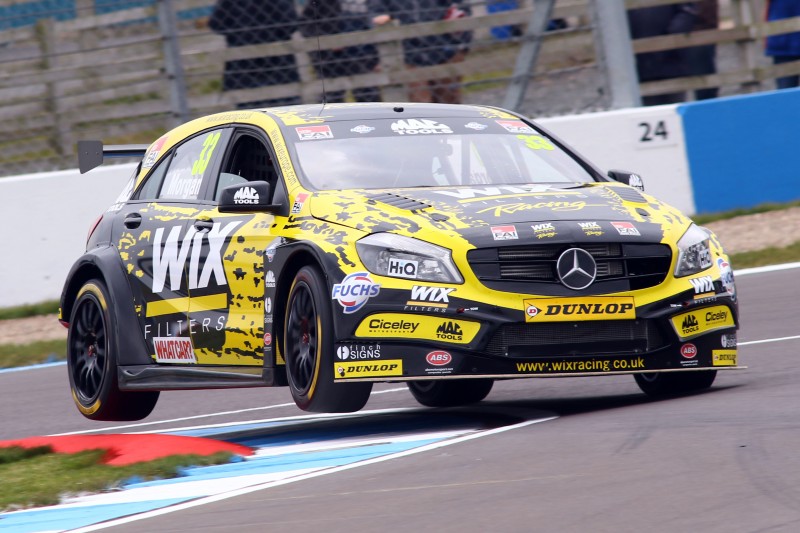 Mercedes continue to look strong, 2015 offering an indicator that both Adam Morgan and Aiden Moffat have plenty to give for the coming campaign.

Chrome-enhanced for 2016, Moffat’s first podium at Knockhill last year will certainly be the first of many, while Morgan will now want to fight for the Independents’ Championship after a second career win at Thruxton proved the highlight of a consistent season. 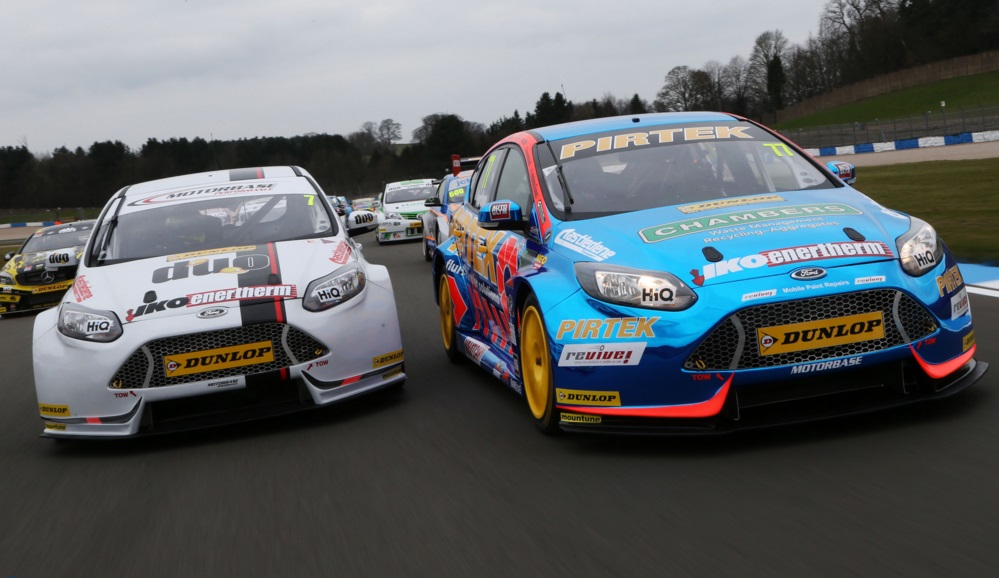 The team that ended 2015 strongest of all was Motorbase, entering just half a season in a rapid Ford Focus ST that was heavily updated over the winter period prior.

Mat Jackson in particular excelled, collecting four wins and even finishing 13th overall in the championship despite just 15 race outings.

He will be joined in 2016 by a former BTCC champion in Andrew Jordan, who brings flair and the familiar Pirtek livery to the Kent-based squad to form a formidable partnership. 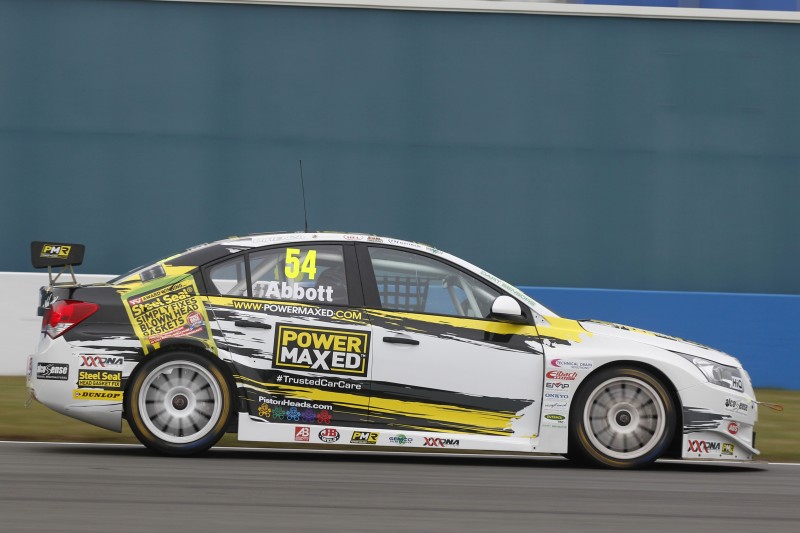 One of the attention-grabbing headlines of the winter season was the arrival of soap star Kelvin Fletcher to the BTCC, joining Power Maxed Racing who enjoyed a superb season as occasional giant-killers in 2015.

The Emmerdale star and former Porsche racer joins another man to switch to a different configuration in 2016, as Hunter Abbott gets to grips with the front-wheel drive Chevrolet Cruze after racing Audi machinery for two seasons. 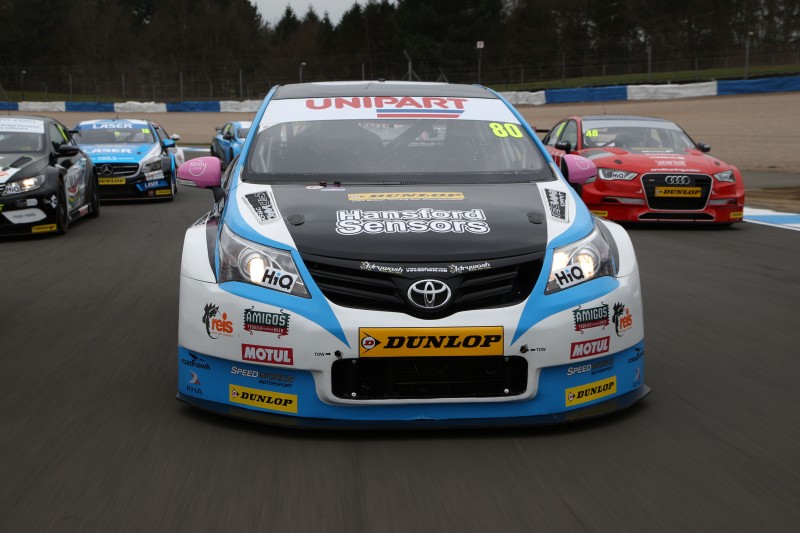 In the debate over who will be the next new BTCC race winner, many have already pointed the finger towards Tom Ingram as being that man.

The youngster gave his very best to the likes of former KX Akademy mentor, Plato, last year on his way to two podiums in the Speedworks Toyota Avensis, so a maiden win is now his prime goal.

He is joined by a rookie team-mate in Hot Rod racer, Matt Simpson, who takes a competitive Honda Civic Type-R into the battlefield for his first foray. 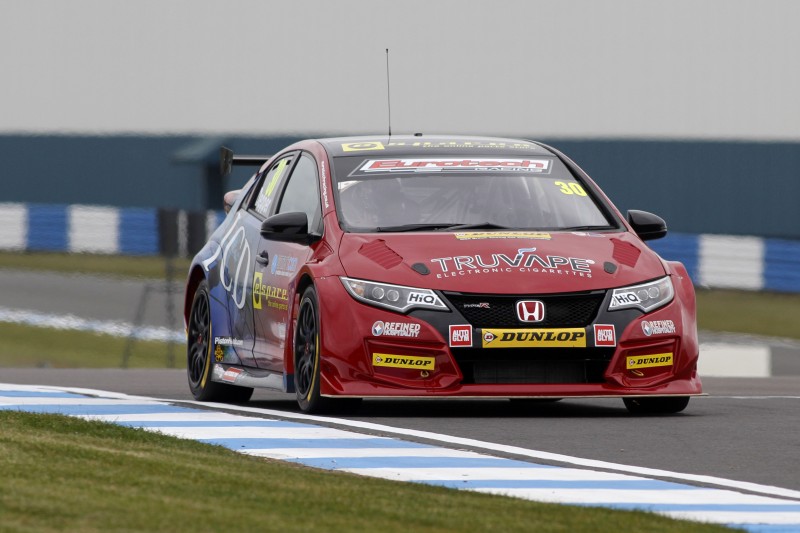 Eurotech Racing stays the same for 2016, but not as you may know it thanks to a pair of updated Honda Civic Type-R machines with help from the Dynamics squad.

A very even team, but one certainly on the rise also ahead of their big chance to shine. 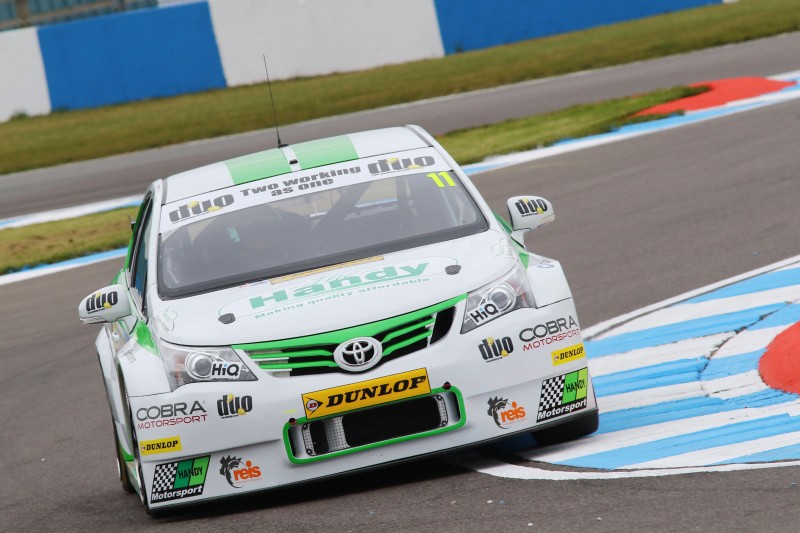 Simon Belcher made the decision to bite the bullet and start on the sidelines for 2016, but for a worthy reason as he thrusts the inimitable Rob Austin into the driving seat of the Handy Motorsport Toyota Avensis.

Austin’s pace in testing and top-three performance on Media Day were encouraging, so the chance of a giant-killing display is a distinct possibility should he get to grips quickly with front-wheel drive. 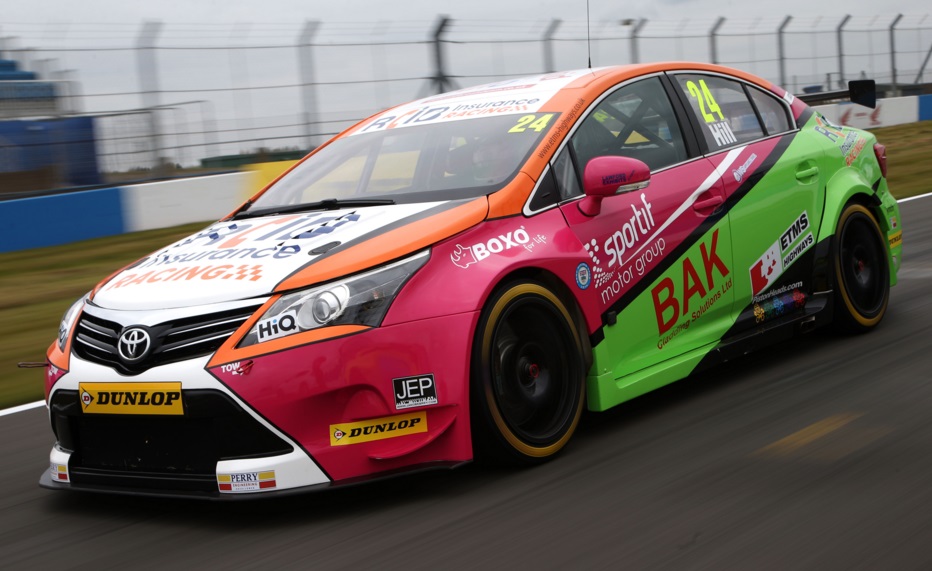 Hill will head into the season as the team’s lead driver, racing a Toyota Avensis alongside newcomers Chris Smiley and Michael Epps, who will get a healthy maiden dose of action in Kent this weekend. 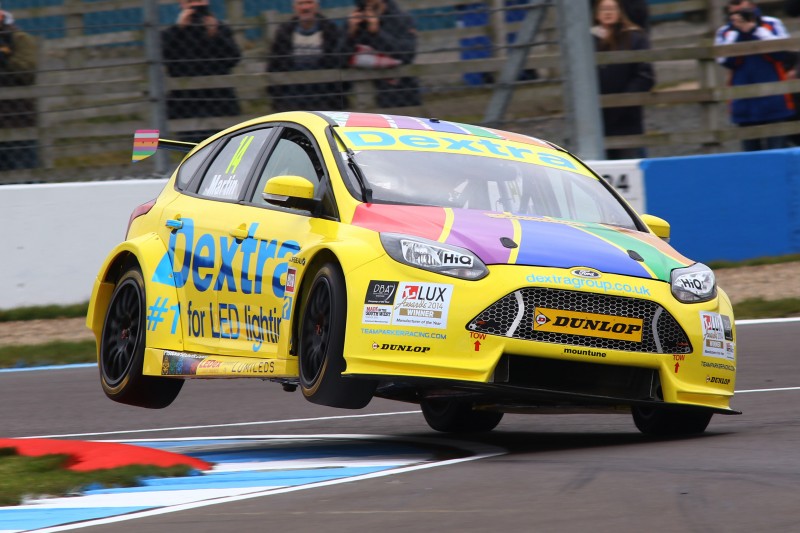 Maximum Motorsport have acquired a strong car for Stewart Lines to redeem himself with this season in the Ford Focus ST, the former Volkswagen Racing Cup race winner enduring a tough baptism of fire in his first season.

Alex Martin showed flashes of improvement in the latter half of his own maiden campaign, so experience will be on his side that bit more as the Ford duo look to rise into the points. 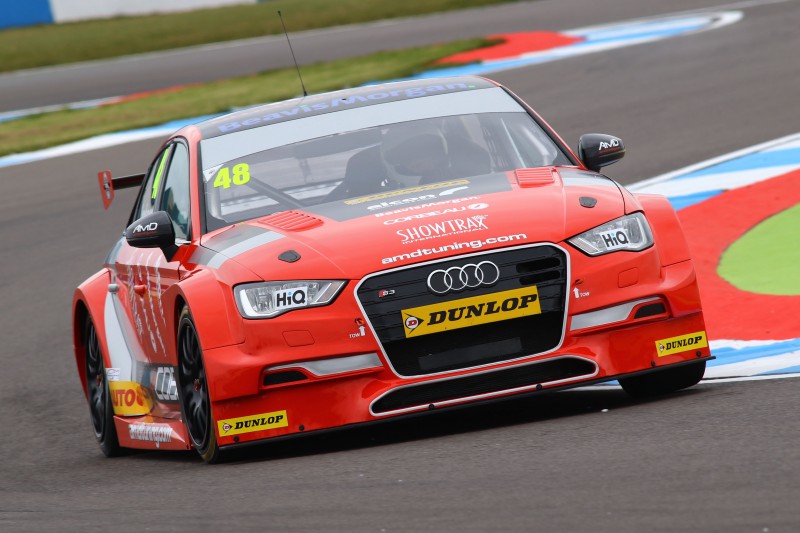 A welcome return for Ollie Jackson to his old team, where he excelled most of all against the odds in a Volkswagen Golf back in 2012 for Shaun Hollamby‘s squad.

Jackson is better equipped in 2016, plus he owns the luxury of one of the best liveries on the grid as the team opt with a sole Audi S3 in a striking retro scheme. 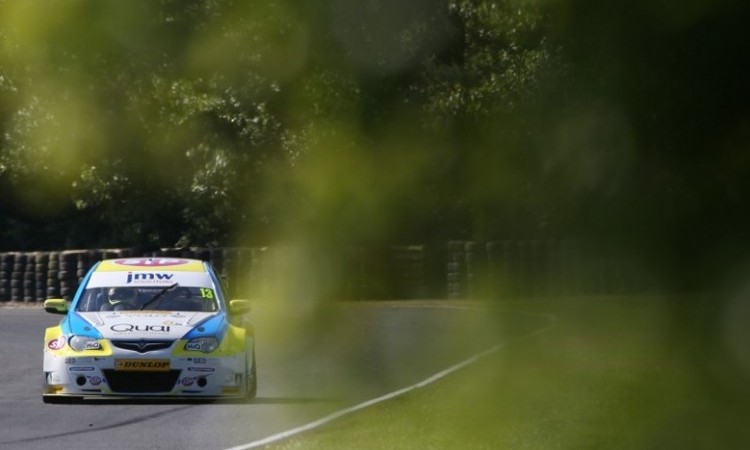 BTCC stalwart Dan Welch returns to the grid a much more enthusiastic figure, having seen his personal plans of running a pair of Proton Gen-2 machines with bespoke powerplants take numerous hits in 2015.

Returning to the Swindon/TOCA engine combination for the new season, Welch can now rebuild that reputation and show fans what once made him a consistent top-10 threat. 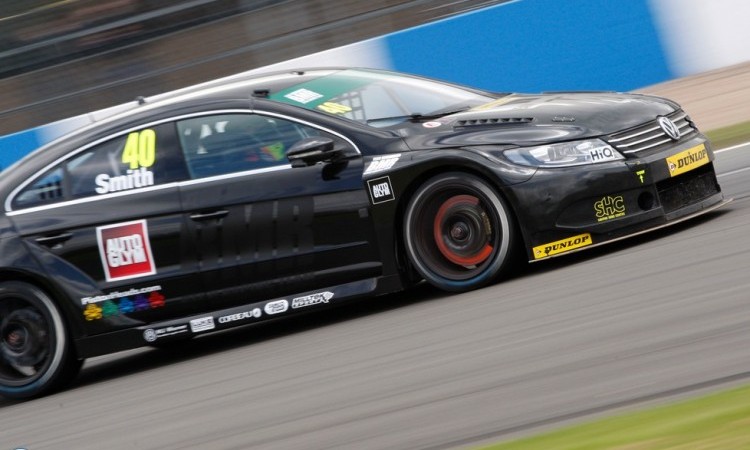 A new team, but with a familiar background and a face even more familiar to the championship as Aron Smith makes it back onto the grid.

The Irishman’s 2015 season ended in a more downbeat way at Brands Hatch, but he now finds solitude in an older-specification Volkswagen CC for Team BMR’s ‘sister’ outfit, Team BKR.

Smith notched up two wins in the Volkswagen back in 2014, while he will be partnered in 2016 by another rookie in Mark Howard, who graduates from the BTCC-supporting Clio Cup.

Round One – Weather and Timetable: 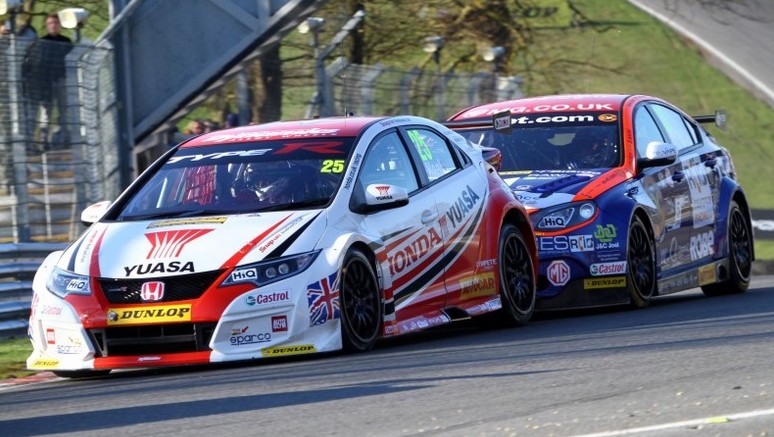 The shorter 1.21-mile Brands Hatch Indy circuit awaits BTCC drivers for the opening round of the season this weekend, where an average speed of just under 90mph is expected during a frenetic qualifying.

Weather forecasts state a sunny build-up to the April meeting, although Sunday currently expects a threat of showers.

TCF will be reporting live from Brands Hatch this weekend, so keep up with the action here and via @TheCheckerFlag throughout the two days.