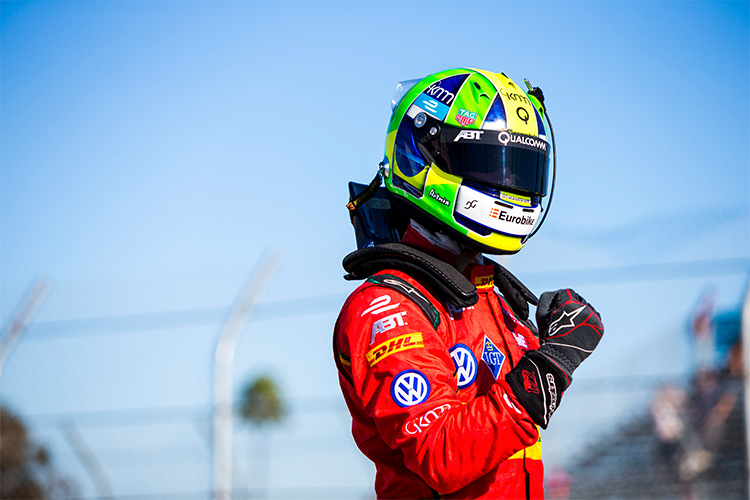 New FIA Formula E Championship leader Lucas di Grassi has urged his Abt Schaeffler Audi Sport team to keep taking risks to give him the best chance of taking the title.

Di Grassi won the Long Beach ePrix to take a one-point lead in the drivers’ championship, but it came after he had a race victory in Mexico taken away from him after his car was found to be underweight by 1.8kg.

Di Grassi’s consistency has been impressive this season, with the Brazilian managing to finish on the podium in every race so far.

It means that had it not been for his disqualification in Mexico he would have a commanding championship lead, but despite this he is keen for his team to keep pushing the boundaries to keep him on top.

Speaking to Autosport, di Grassi said, “It’s been a dream championship so far and I’m glad to have such a professional team behind me.

“The team has done a fantastic job, from the point of view of equipment, pace, reliability, pitstops. We had one mistake, which was Mexico and was not a mistake – we were pushing the limits.

“Racing is about that. We will keep our mindset, we will keep pushing – be very close to the weight and try to get any advantage we can.”

Despite the speed he’s shown so far this season however, di Grassi is still sure that the Abt car has a performance deficit when compared to the Renault e.dams.

“If we keep pushing we will try to do some damage on the perfect car that Renault has. Renault has an advantage, of course. At some tracks it’s bigger than others but they are beatable if they don’t do a good job.

“I always can do more as a driver and there is progress during the championship. You can change the set-up of the car, you can optimise it. There was a massive difference last season between races with the same cars for everyone.

“They are still going to have the best car but we are going to try and do the best job in the last few races.”