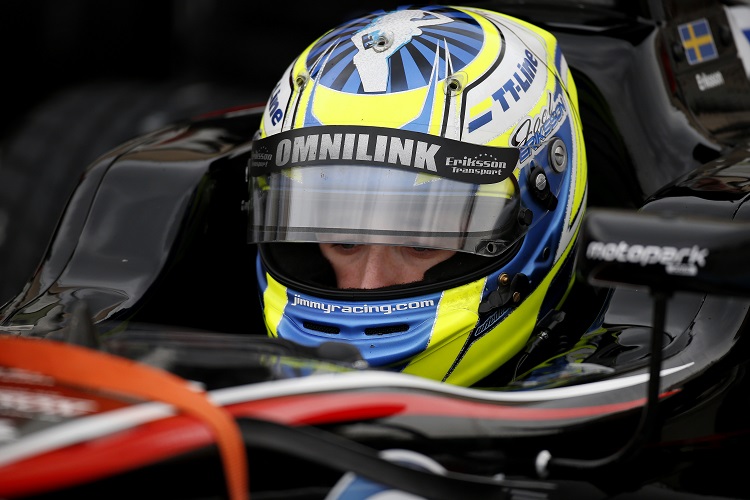 Joel Eriksson had a strong rookie weekend at Paul Ricard that culminated in a maiden podium finish during the final race of the weekend.

The Motopark driver, stepping up into the FIA European Formula 3 Championship with in 2016 having finished as runner up with the same team in the ADAC Formula 4 championship last year, secured points in all three races to sit on top of the rookie standings.

“A very strong first weekend,” said Eriksson. “Being on the podium at such an early stage of the season is highly promising for the rest of the year.

“We’ve had the pace to run very near the front this weekend, which I think says a lot about the job we’ve done over the winter. I’ve been confident around here, but I know how competitive the series is and I’m already thinking about the next race. Big thanks to the team for giving me a great car!”

Eriksson was lucky to finish race two however when he was caught up in the chaos at the first corner that took out four cars, with his car being launched into the air, but he was able to continue relatively unscathed and climbed back into the points into ninth.

“The second race was very special,” said Eriksson. “All of a sudden, I was flipped at Turn 1, and there was nothing I could do about it.

“I wasn’t sure the car could take that, but thankfully it did. I was really pleased with that race, and it was great fun driving.”