Maximilian Günther: “We have to forget this race as quickly as possible” 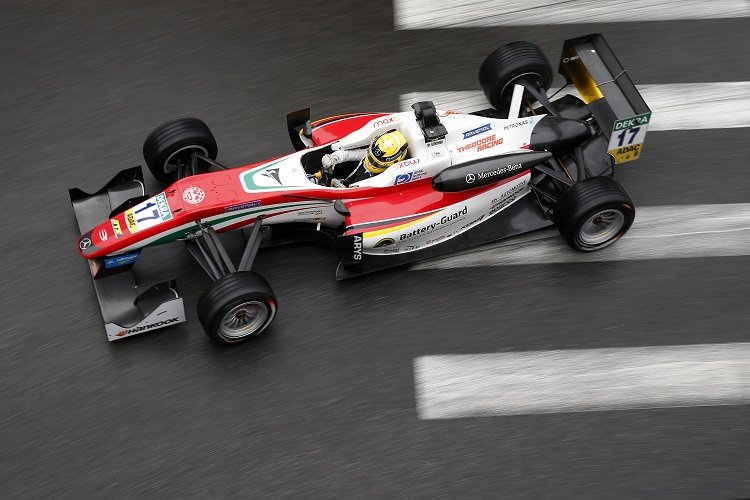 Maximilian Günther arrived at Pau with the championship lead, but despite a podium finish in the opening race, did not leave the classic French circuit in the same position.

The Prema Powerteam driver drove a strong race to third in the opening race, having started fourth he moved into second place in the start, but was relegated to third by team-mate Nick Cassidy following a restart after a safety car period, where he decided to consolidate on a wet track.

“Despite the tricky weather conditions, I was able to move up into second position right at the start,” said Günther. “This was a very good start! I defended my position until the safety car was deployed.

“Then my team-mate Nick Cassidy overtook me on the restart. I didn’t want to risk too much on the wet track, preferring to secure the points, which I did. It was nice to be back on the podium in Pau this year.”

After the highs of the opening race, the rest of the weekend Günther will want to forget about having found himself starting towards the back of the pack and finding himself involved in incidents that compromised both the second race on Saturday and the Pau Grand Prix on Sunday.

“In the second race I started from the back and didn’t have huge hopes of a top-10 finish,” said Günther. “I also touched with [Nikita] Mazepin and had to go back to the pits, losing even more time.

“After yesterday’s penalty [for the Mazepin clash], I started from the back [for race three] but an early tangle jeopardized my performance. Now we have to forget this race as quickly as possible and prepare for the Red Bull Ring”.