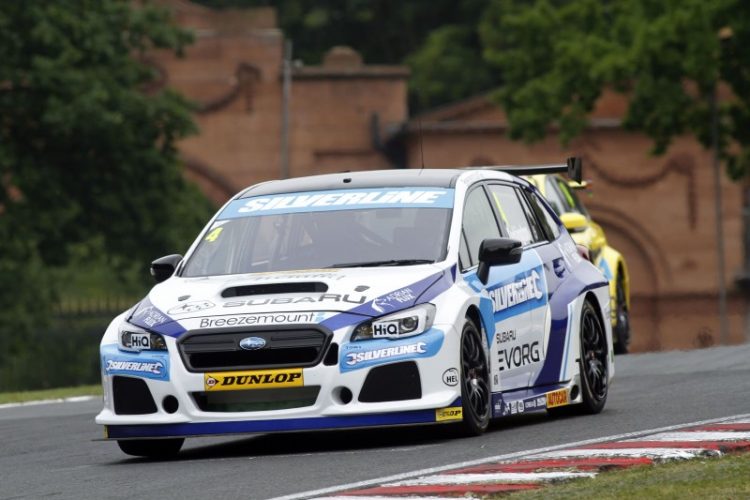 The Northern Irishman topped much of the 30-minute dash at the North Yorkshire circuit, making it back-to-back poles for Silverline Subaru BMR Racing with a time of 1m23.915s.

The session was brought to an abrupt halt just before half-distance, caused by contact between the West Surrey Racing BMW of Rob Collard and the Halfords Yuasa Racing Honda Civic Type-R of Matt Neal. The latter went for a gap inside Collard’s 125i at Hawthorns while on a quick lap, a touch of wheels causing terminal damage to both cars.

Turkington improved massively after the restart but that specific time was removed for disrespecting track limits, but he saved one final effort of 1m23.608s to confirm the 16th pole of his BTCC career.

The Subaru Levorg will share the front row once again with the Eurotech Racing Honda Civic Type-R of Daniel Lloyd, who also saved his best until last to grab second by 0.397s.

That front row spot looked to be going the way of Ashley Sutton‘s MG6, the Triple Eight man improving early on after the restart. A further 0.033s back was Jason Plato, who looked set to improve before losing time at the final complex late in the session.

Motorbase Performance drivers Andrew Jordan and Mat Jackson were next up, the top 10 rounded out by Adam Morgan ahead of the flying Team HARD Toyota Avensis of Jake Hill.

Gordon Shedden was best of the Dynamics Hondas in 14th, while Collard and Neal will start 16th and 17th respectively after taking no further part in the session.