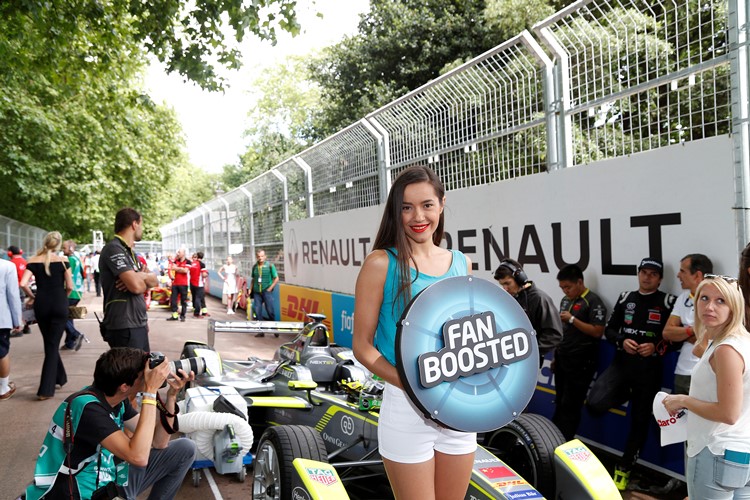 Lucas di Grassi has voiced concern over the use of FanBoost for the FIA Formula E finale. The Brazilian currently holds a one point lead going into the double header in London, and tweeted that as the FIA cannot control the vote properly, then neither he nor rival Sebastien Buemi should receive the boost.

I like the concept of fanboost but because @fiaformulae cant control it properly, I suggest: no fanboost for myself or Buemi for the final.

FanBoost was brought in from the beginning of the series to give fans to have a say in how the races developed, by allowing them to vote for a driver to receive an extra 100kJ of energy in the race at a time when they choose to use it.

Fans can vote through the Formula E website or through social media, but the results this season have raised eyebrows with sudden changes in the leaderboard leading to drivers rocketing up and down the order in a short period of time.

This has led to accusations of the system being unfair, and as such di Grassi doesn’t want it to decide the championship.

Speaking to Autosport following his tweet, di Grassi said, “In a way nobody is cheating, but you can go online and vote on the website and some teams and drivers are taking advantage of that, finding systems to get people votes. It’s a loophole in the system.”

“I’m pushing and making a lot of effort to get more FanBoost votes through social media. I feel frustrated when we are making an effort and end up not getting FanBoost. It’s strange and I want a fair end to the championship. If we both have FanBoost or are both without, I would be happy. We don’t want a championship to be decided by FanBoost with this loophole.”

Despite his objections, di Grassi is still a fan of the system, and understands why the series has not proposed to change it for the final race.

He said, “We should not change the rules in the middle of the seasons, that’s just the way I wish it would happen. I just want to create awareness that this loophole exists and I’m completely against it.”

“It’s something to look at – it’s such a great feature. It’s better than season one and I think FE will improve FanBoost again for season three.”

So far the FanBoost has made little difference to the outcome of races – with di Grassi himself pulling off one of the few FanBoost assisted moves in Mexico this year on Jerome d’Ambrosio, before he was later disqualified from the race.

Simona de Silvestro currently leads the vote for the London ePrix, with championship contenders Buemi and di Grassi in fourth and sixth respectively.