Both Mikkel Jensen and David Beckmann have been handed penalties following their collision during Sunday’s final race around the streets of Norisring.

The Mücke Motorsport duo were battling inside the top ten with just a handful of laps remaining, with the two clashing as they exited the final hairpin, with both hitting the barriers on the inside of the track as a result and retiring.

Jensen got out of his car and remonstrated with his teenage team-mate Beckmann, but both drivers were later handed three-place grid penalties for race one at Zandvoort, with both also gaining a penalty point on their licences.

The Mücke duo were not the only ones to leave the Norisring with a penalty point on their licence, with Van Amersfoort Racing’s Pedro Piquet gaining one and a written reprimand for causing the incident that saw the race red flagged.

Piquet appeared to misjudge the restart, and struck the rear of Ryan Tveter’s Carlin car, going airborne momentarily before running into the innocent Niko Kari at the apex of the hairpin.

It is the second time Piquet and Tveter have collided in as many rounds, having been involved in the terrifying clash that saw Zhi Cong Li sidelined with injury at the Red Bull Ring. 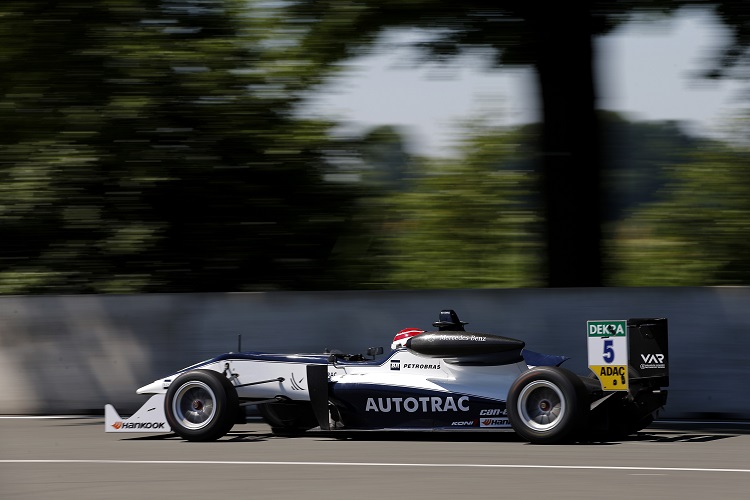 Albon ‘Sitting on One of the Most Difficult...

Magnussen Looking to Remain with Haas Beyond 2020...

Palou prepared for dive into the deep end...