Thompson to Test the Power Maxed BTCC Car at Snetterton 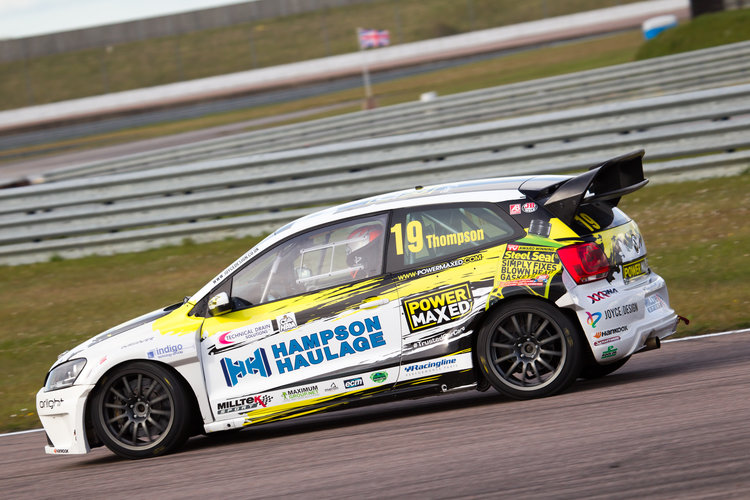 VW Racing Cup championship leader Bobby Thompson has been rewarded with a BTCC test after a strong season. He’ll take the Power Maxed Racing Chevrolet Cruze out for his first run today (30th June) at Snetterton.

The reward, partially to do with Thompson’s connections as the only Power Maxed Racing driver in the VW Cup, as well as being the only driver to the new VW Polo R. The young Brit currently leads the standings after a consistent run of results in recent rounds.

Thompson commented: “It’s a dream come true to be able to test a British Touring Car; I have always loved the championship and can’t wait to see how I stack up. This year has shown me that Power Maxed Racing build an excellent car, and I want to repay the faith and support they have given me in my career so far.”

He mentioned in an interview with TCF, that budget was a big issue and that the VW Cup title could secure a future in BTCC. As a result, this test could allow Thompson to progress in the coming years.

Adam Weaver, Power Maxed Racing Team Principal said, “Bobby has shone this year for us in the Volkswagen Racing Cup, and I believe in rewarding his hard work and talent with the chance to test a British Touring Car. Bobby’s attitude, skill and personality are exactly what we are looking for in a driver, and we believe he will go a long way.

Weaver went on to say, “We are committed to our younger drivers and are delighted to be helping Bobby move forward in his career. Of course, budget plays a big part in any motorsport, but we are confident that Bobby can make the move next year onto the prestige of the TOCA package, hopefully in a touring car or a Renault Clio.

“We work in close collaboration with Bobby and his sponsors to help deliver maximum value and urge any interested parties to get in touch.”

As a member of the Power Maxed young driver program, Thompson is aware of the competition from other series. The team themselves currently run Ginetta GT5 and British RallyCross machines, with the outfit looking into a move into Renault Clio’s next year.