Eurotech Down To Two As Daniel Lloyd Forced To Withdraw 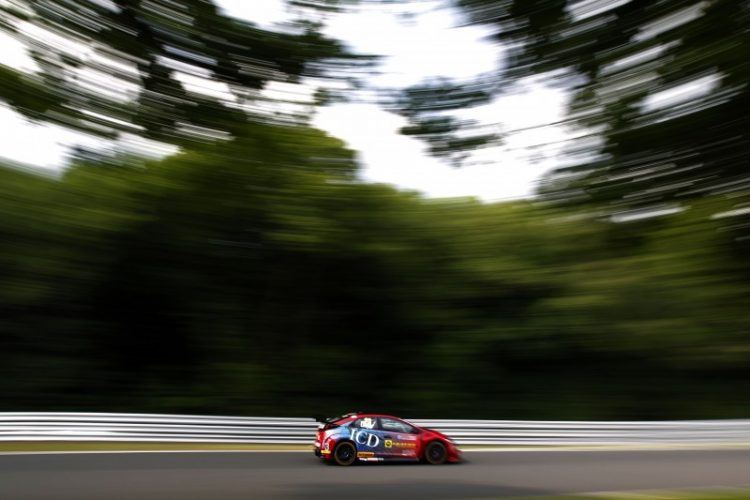 Daniel Lloyd has been forced to stand down from his Dunlop MSA British Touring Car Championship seat for the remainder of the 2016 season due to sponsor funding issues.

Lloyd was drafted in to drive a third Honda Civic Type-R for Eurotech Racing from Thruxton, instantly impressing with a best result of sixth at Oulton Park and a pair of front-row qualifying efforts.

The 24-year-old will however give up his TBL having been unable to secure funding from a potential sponsor, Eurotech reverting back to a two-car team this weekend at Snetteron.

“I’m absolutely gutted to be missing the second half of the season”, said Lloyd.

“We have been in talks with a large sponsor since the start of the season and all of the plans we were in place for funding for the remaining rounds right up until last week, but then unfortunately it all fell through at the last minute.

“It’s a pretty bitter pill to take especially after the results we’ve had in the three rounds we’ve competed in. The guys at Eurotech Racing have been awesome. I’m really grateful to Jeff Smith for giving me the opportunity to race for the team and also to the lads behind the scenes for giving me a mega car capable of qualifying on the front row, not just once, but twice in a row.”

The youngster said he was working hard to ensure a return to the BTCC in the near future, Jeff Smith and Martin Depper continuing to carry the flag for Eurotech.

Lloyd added: “I’ve enjoyed every minute of racing in the BTCC and will be working harder than ever to get back onto the grid. I have to say a massive thank you to my long term sponsors for their help and continued support. I’d also like to thank all of the BTCC fans who have been fantastic and made me feel very welcome. The BTCC is a great championship and I hope to be back in the BTCC very soon.”