BTCC PREVIEW: A Champion’s Welcome For Shedden At Knockhill 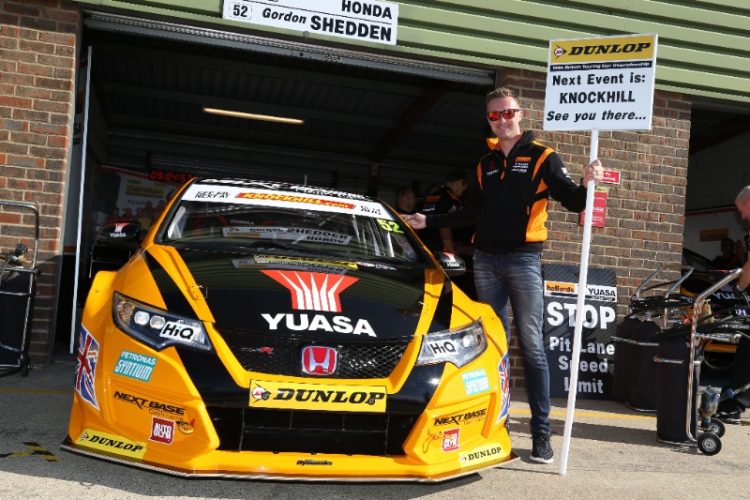 Scotland is the next stop on the 2016 Dunlop MSA British Touring Car Championship calendar, as the seventh meeting of the season sees drivers head to Knockhill circuit in Fife.

The 1.27-mile circuit is a favourite for both fans and drivers alike, complete with challenging corners and an undulating nature that produces kerb-hopping antics aplenty for those behind the wheel.

This weekend will see Gordon Shedden receive a hearty homecoming as reigning champion, the Scot entering on fine form after his first BTCC pole position in over three years and a second win of the season at Snetterton two weekends ago. 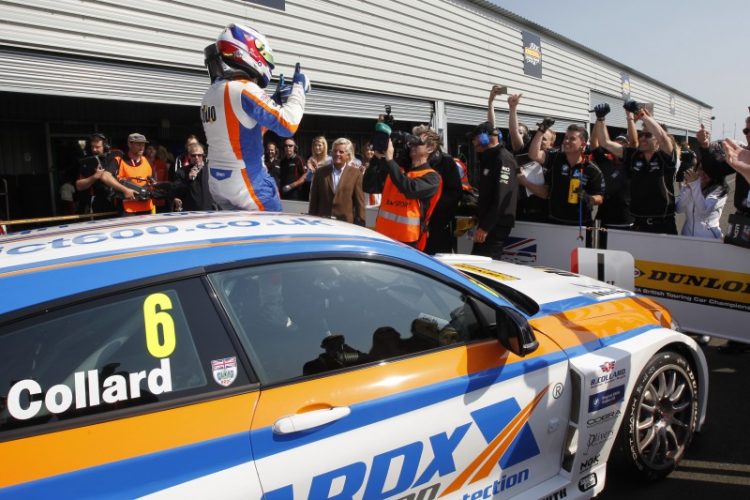 TITLE LEADER: Collard knows how to win in Fife

Shedden dramatically grasped victory from championship leader Rob Collard in the 18th race of the season in Norfolk to move up to fourth in the points, now just 25 adrift of the latter with four meetings remaining.

“I couldn’t be happier,” said Shedden. “Snetterton has put me back in contention and I will be heading to my home event at Knockhill on a real high!

“I can’t wait for the weekend. The circuit is amazing and you really have to hang on there. It’s a proper touring car track and I’m sure the racing will be fierce – let’s hope for a Scottish win, or two, or three!”

Aiden Moffat will want to repeat his third place finish of last year at his home circuit once again, while Dave Newsham makes a comeback with Power Maxed Racing in place of Kelvin Fletcher, the latter in anticipation of the birth of his first child this weekend.

Just 50 points separate to top 10 drivers in the championship with 12 races left on the calendar, drivers hoping for a trouble-free weekend after three bruising Snetterton encounters.

BMW No Strangers To Knockhill Success

Victory has come Shedden’s way four times at Knockhill during his BTCC career, one shy of the man he must beat this weekend, Collard. 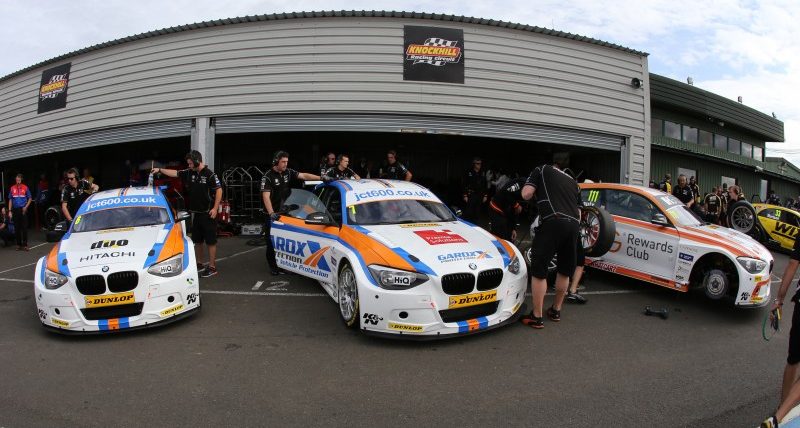 BMW and RWD machinery are always quick at Knockhill

Knockhill has traditionally suited RWD cars in the past decade, their extra traction coming out of the final hairpin being one of those traits that have helped BMW to six wins in the last 12 races in Fife.

It is a track that was not only seen Collard clinch five BTCC wins at, but one where the experienced former Independent Championship winner grabbed his first back in 2005 with MG and WSR during a sodden Scottish day.

Collard told TCF: “I think I’ve been the most successful touring car driver at Knockhill for years now, but you can’t predict anything in this championship because things turn around so quickly. People know when I can unlock the car and get it how I want it, I can really deliver.”

Sam Tordoff is yet to have claimed a win at Knockhill, but he will hope 2016 is a different story after losing his championship lead to WSR team-mate Collard largely due to a prop shaft failure at Snetterton.

Jack Goff is yet to add a win to his name for BMW in 2016, but he will enter in high spirits without the additional success ballast of his team-mates.

Turkington And Subaru Closing In

The man very much on the move however is a former BMW star, Colin Turkington. 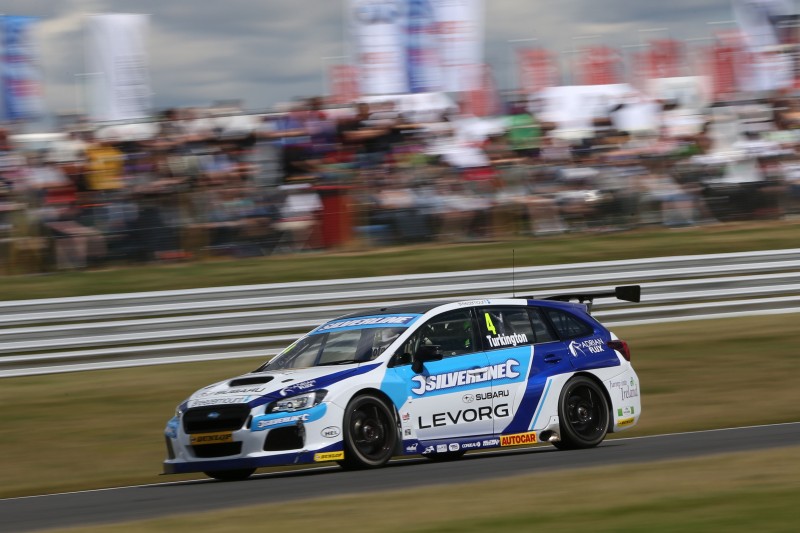 Having only claimed 10 points in the opening nine races, the most recent nine has seen the Northern Irishmen bag 144 points to climb to fifth in the standings.

REVIVAL: How Subaru turned their form around

From 2016 being a learning year for the Silverline Subaru BMR Racing team, Turkington in particular has now found himself in position to battle for a third BTCC crown – just 34 points adrift of Collard.

Despite this, increasing success ballast leaves Turkington coy, telling TCF: “[Ballast] could be the thing, obviously. I’ve been able to qualify really well in the past three events because I’ve had no weight on.”

Team-mate Jason Plato is yet to win in 2016, but holds eight wins to his name at Knockhill. None have come in last five years for the Subaru ace however,  a result Plato will want to see change to close up to 63-point gap to Collard.

Mercedes And Ford Return To The Fore 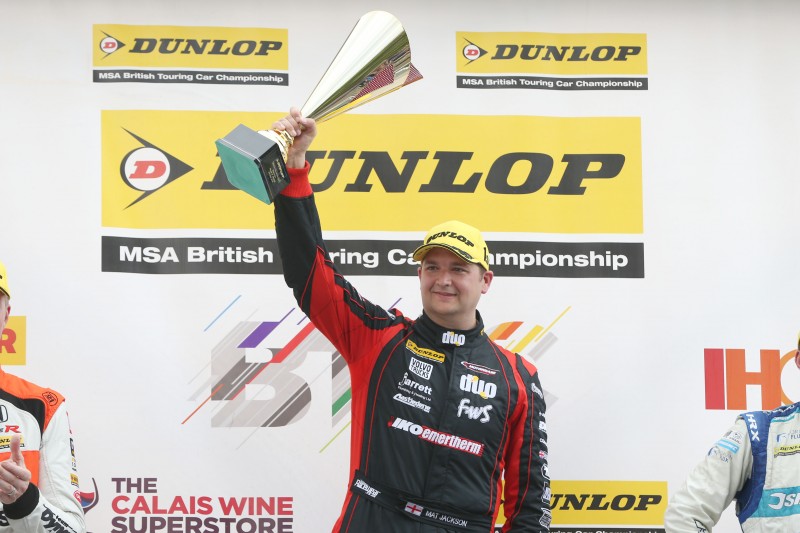 BACK ON FORM: Jackson won at Snetterton

The Snetterton visit showcased the unpredictability of this year’s championship, as several names found a return to form in Norfolk.

After struggles before the summer break, Mat Jackson and Adam Morgan both returned to the fore, Jackson clinching a third victory of the season and a fourth for Motorbase Performance.

Triple Eight again looked promising on that particular Saturday, but both Ashley Sutton and Josh Cook were victims of punctures in the opening race.

Toyota have never won at Knockhill, but Tom Ingram and Rob Austin both head to Fife with their tails up. Ingram and Speedworks Motorsport have been giant-killers all season, while Handy Motorsport finally lifted silverware at Snetterton thanks to a gutsy Austin performance in race three at Snetterton.

Driving standards were a major talking point at Snetterton.

“Unreal” was Sutton’s simple adjudication of events that Sunday, while Hunter Abbott and an ITV cameraman were lucky to escape a monumental shunt in the final race.

The Power Maxed Racing driver and new team-mate Newsham will be present with their Chevrolet Cruze machines in Fife, as it seems – miraculously – will be Welch Motorsport.

With a new shell, Dan Welch appears set to race at Knockhill after a remarkable repair job, following the race two shunt on Bentley Straight that left even Welch himself doubtful of his participation for the rest of 2016.

A Minute’s Silence For ‘Gentleman Jack’

The passing of inaugural BTCC champion Jack Sears was news that left the BTCC community mourning this week.

As a mark of respect, this weekend’s event will be marked with a minute’s silence. 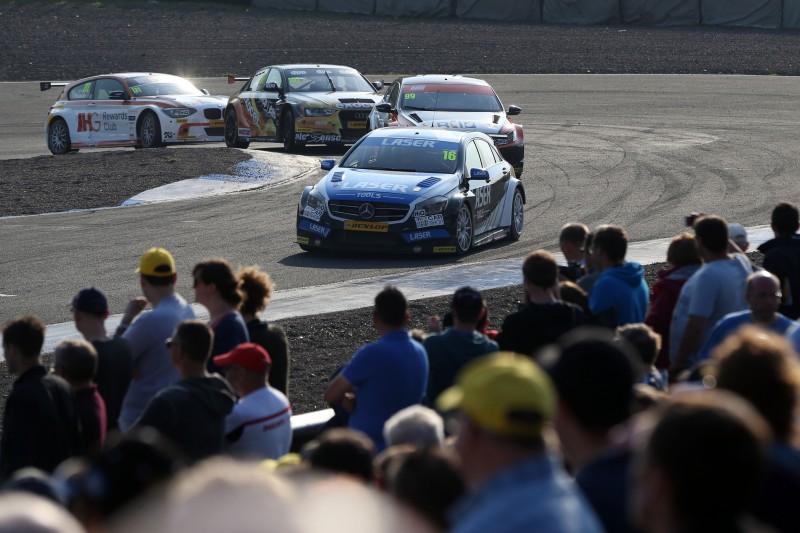 Those flocking to Scotland for the seventh BTCC weekend of the season look set to be greeted by sunny skies over both Saturday and Sunday, with temperatures rising to as high as 17°C.

Over seven hours of action will be screened on ITV4 for those watching the BTCC duels from their TV screens, while tickets can be purchased on the day at the gate.