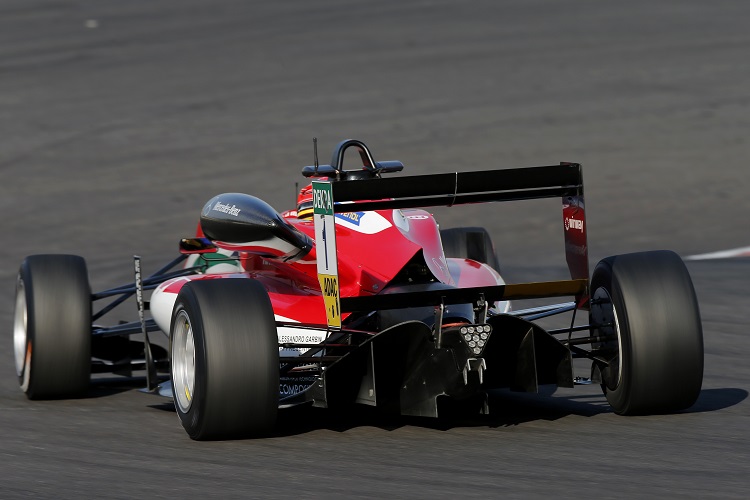 Championship leader Lance Stroll was quickest in both free practice sessions on Friday at the Italian circuit of Imola as he starts his bid to clinch the title this weekend.

The Canadian looks increasingly likely to move into Formula 1 with Williams in 2017, but is on the verge of clinching the FIA European Formula 3 Championship title with a round to spare, providing he leaves Imola with a lead of 75 points or more.

Heading into this weekend, the Prema Powerteam driver sits 68 points clear of team-mate Maximilian Günther, and Stroll made a perfect start on Friday whereas his championship rival endured two tough sessions.

Stroll set the pace in the first of the two forty minute sessions with a best time of 1:35.833, with the Red Bull-backed Niko Kari his closest challenger 0.307 seconds adrift for Motopark.

Anthoine Hubert and Callum Ilott were third and fifth fastest respectively for Van Amersfoort Racing, either side of Motopark’s Sergio Sette Câmara, while Nick Cassidy and Ralf Aron ended the session sixth and seventh for Prema Powerteam.

Joel Eriksson made it three Motopark drivers inside the top eight, while David Beckmann placed ninth for Mücke Motorsport ahead of George Russell of Hitech GP.

Stroll once again was on top in the second session with a time of 1:35.601, with Russell 0.318 seconds back in second ahead of Aron, Kari, Cassidy, Ilott, Hubert, Guanyu Zhou, Eriksson and Mikkel Jensen.

Günther on the other hand was restricted to just two laps in the opening session after crashing at the kink after Piratella that left him down in eighteenth position, and he failed to appear for the second session, leaving him on the back foot for the rest of the weekend.