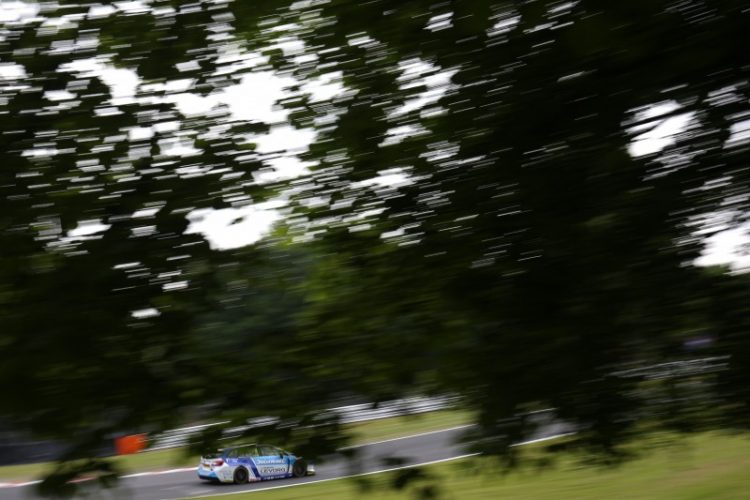 The Northern Irishman found a rhythm on a drying circuit in the final 10 minutes of a rain-interrupted qualifying session on Saturday, beating Rob Austin by 0.2s for a fourth pole position of the season for Silverline Subaru Team BMR.

His third of pole of the year, Turkington enters the final three races of the season in the best possible position to claw back valuable points on his main rivals, lying 36 points adrift of Sam Tordoff who starts 10th on the grid.

“The grip was coming, but even at the end I need to be brave to try and take pole”, Turkington told The Checkered Flag after a stunning third pole position of the season.

“I knew I had to pull something out of the bag. I didn’t have much traffic in front of me so it was hard to gauge how quickly I was going. I just focused on trying to go a wee bit quicker every lap, while not overdoing it.”

Turkington admitted that the key to his string of quick laps in the final 10 minutes was being out as soon as the session restarted, traffic not proving a hindrance to the Subaru Levorg during his ultimate best lap as tyre temperature improved rapidly.

He said: “The thing that really helped me was starting to circulate early after the red flag on the slick tyres. It was raining at that point and seemed a bit hopeless to be out there, but my only chance was to be out there. Towards the end, I started to build temperature.

“The track’s been very changeable, so you’re just trying to manage what you have. As long as you have a car where you know what it’s going to do, then it’s forgiving and you have a chance.”

Turkington remains one of eight drivers still in title contention on Sunday, with 66 points still on the table in Kent.

Asked whether the championship is in the back of his mind, Turkington said: “No, not at all. It’s 36 points now and to close that gap over three races is a big ask.

“My focus is just to try and have the best day possible and then I’ll see how I move up the order.”

By Samuel Gill
2 Mins read
BTC Racing’s Josh Cook headed up a one-two with teammate, Senna Proctor to begin the BTCC finale at Brands Hatch, while Ash Sutton has extended his championship lead.