It was a story of delight and disappointment when the final flag flew in the 2016 Dunlop MSA British Touring Car Championship, one that saw Gordon Shedden become a triple champion after his most difficult battle to date.

In only his fourth BTCC season, Tordoff held the series lead longer than any driver in the field during 2016, at one stage sitting 52 points points clear of his Halfords Yuasa Racing rival, Shedden.

Only one finish outside the top 10 in the second half of the season boosted a spirited comeback from the latter, propelling Shedden from ninth to first in the table to snatch the crown in the final race at Brands Hatch and become the first driver to defend the BTCC title since Fabrizio Giovanardi in 2008.

2016 consistently brought up the element of unpredictability for onlookers and those behind the wheel, so much so that we saw 12 different race winners and a record eight contenders head into the final meeting in Kent with a chance to be crowned champion.

Two of those represented a decorated Japanese manufacturer making their BTCC bow, as Team BMR introduced Subaru to the series with a quartet of innovative boxer-engined Levorg GT machines that soon become iconic themselves.

A glittering introduction was far from in the early teething stages for the Levorg however, a fiery exit for James Cole at Donington after failure of the high pressure fuel rail that proving a catalyst to their subsequent withdrawal in the third meeting at Thruxton, one taken to avoid a similar fate with replacement components.

Three meetings with no silverware or race-winning potential had passed before a turnaround in fortunes put double champions Jason Plato and Colin Turkington back on familiar ground up the sharp end of the grid, the latter threatening to stun his title rivals with three pole positions, five victories, nine podium visits and 19 finishes in the top 10.

A collision between the two at Croft produced friction briefly, but a top-four finish in the championship after Turkington’s spirited final round double was a strong start to the Japanese marque’s BTCC foray.

Shedden meanwhile took his first of 21 top-10 finishes in the season-opening meeting at the same Brands Hatch venue in April, as well as the first of his four race wins in a season that saw the Dynamics outfit return to a nostalgic Halfords livery.

Experienced Hands To The Fore

Shedden shared wins with two improving young starlets that day in Adam Morgan and Tom Ingram, the latter also doubling his win tally at Silverstone to end the season 10th in the standings in a fine season with Speeworks Motorsport.

Donington Park saw the experienced hands show their card in the title chase, Mat Jackson collecting the first of what would be a season-best tally of five victories in 2016, sharing the spoils in Leicester with WSR’s Rob Collard and Honda’s Matt Neal.

Thruxton also saw Jackson recover from one of many punctures at the abrasive Hampshire strip of tarmac to remain at the sharp end, Neal another victim of a Dunlop deflation that triggered a multi-car pile-up in the opening race of the third weekend which dented an otherwise vintage start to the season for the triple champion. 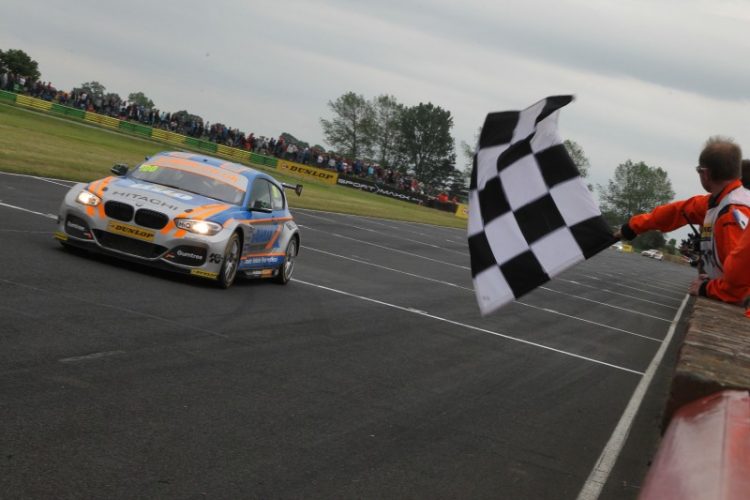 2016 would become the best opportunity for two experienced contenders to get their hands on the much sought-after BTCC Drivers’ Championship – Jackson and Collard.

Once Independent champion back in 2003, Collard showcased a battling side to his performances that prompted WSR team boss to tell TCF that the experienced hand had “upped his game massively” to keep up the pressure and become a genuine title challenger. Two wins and six podiums echoed that, fifth in the championship the final outcome.

“This is the most competitive year I’ve ever known in touring cars and I’m pleased to be a part of it”, was Collard’s response after ticking over 400 BTCC races.

It was Collard’s WSR team-mate, however, that made many of the headlines in 2016.

In his fourth season and second with Bennetts’ BMW outfit, Tordoff added his first victory of the season at Oulton Park in a sublime weekend where three rostrum visits hoisted him to the top of the standings – where he remained after Croft and into the summer break.

A calm and consistent attitude made the WSR driver a serious championship threat from the start of the season, an incident with team-mate Collard in the Brands Hatch Indy opener the only significant on-track kerfuffle on paper.

An incident-packed final Snetterton race in August ultimately dealt the cruelest blow to the Leeds racer’s campaign as it turned out. A frightening incident silenced onlookers when a cameraman escaped uninjured after falling from his gantry that had been struck by the rolling Hunter Abbott, after which a gearbox problem on the restart condemned Tordoff to retirement before he could take his pole position slot. 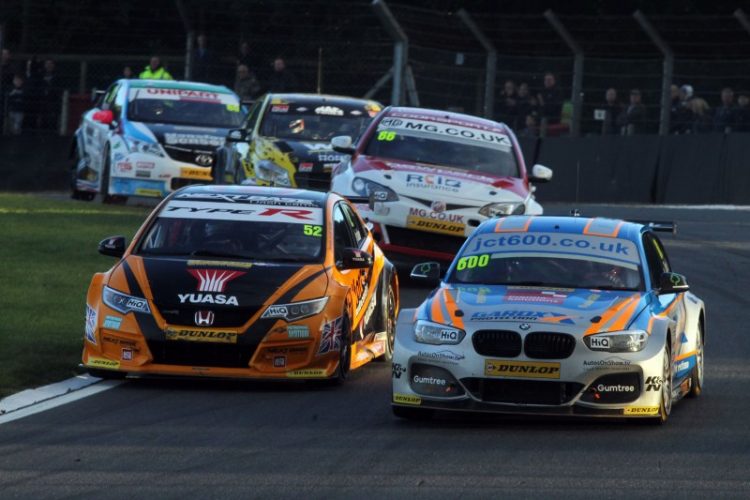 Shedden was victorious in dramatic style in that decisive final race at Snetterton after the summer break, denying Collard in a feisty last-lap duel to the flag.

That set the tone and sent a message out to WSR that the Scot would not be giving up his crown without a scrap, and scrap is exactly what the Honda man did to turn around his early season strife.

What lay in the way was a manic seventh weekend at Knockhill in Scotland, Jason Plato winning his 500th BTCC race to complete a fabulous script for the experienced stalwart. Neal and Jackson came out on top in arguably the races of the season later that afternoon, the former charging to one of three victories from eighth while Jackson’s defensive powers were rewarded with an unlikely success against the odds.

A win apiece for Shedden and Tordoff came at Rockingham, the latter sensationally recovering to 10th from outside the top 25 after qualifying, before winning the second encounter after climbing nine spots.

What followed was a tense showdown, both showing their battling qualities to set up a final race duel for the title. Shedden proceeded to – once again – save his best until last, slipping by the BMW exiting Clearways to snatch the title away from his WSR rival and move to within one championship victory of the great Andy Rouse.

“It’s just unbelievable and it’s an incredible feeling to do back-to-back titles”, added the Scot when speaking to TCF after his triumph.

“After Croft I don’t think anyone would have put a fiver on me winning the championship this year. We clawed it back and kept to task. I’ve made some heart in mouth moves this year and I’ve needed every one.”

The pair were fast to congratulate and commiserate one another in the paddock afterwards, an assuring image after a long season that kept everybody guessing until the final flag was waved.

Overwhelmed by all the support in the last 24hours. I’ve had an amazing year – the best of my career, doing it my way. Thank you. 👍 pic.twitter.com/2LSzPRbqjo

On his narrow title defeat, Tordoff added to TCF: “Disappointed, but apart from that, I’m still very happy with what we’ve achieved. I can be proud. The guy that pipped me is vastly experienced and a three-time champion.

Tordoff later announced that he would be stepping back from BTCC in 2017 to focus on other motorsport opportunities, not ruling out a return to the sport however.

His WSR squad beat Halfords Yuasa Racing and Honda to both the Team and Manufacturer Championships by 17 and 53 points respectively however in 2016, after four wins and 17 podiums combined from their three-car assault.

Best Of The Rest 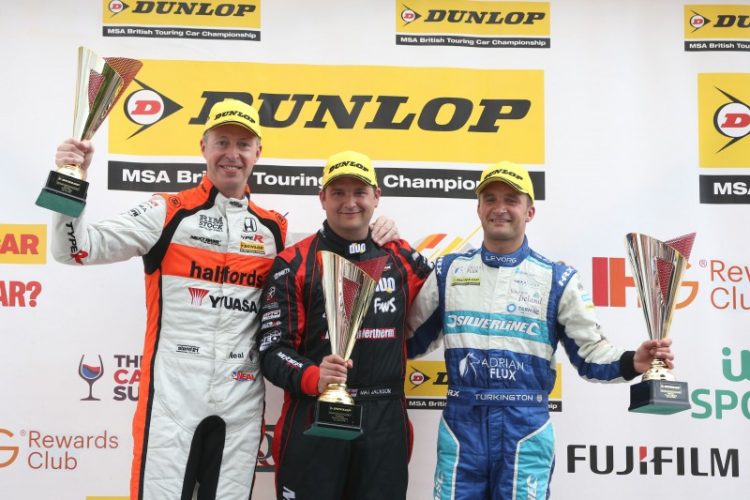 While Jackson settled for third in the title chase ahead of a spirited Turkington, Collard would finish fifth overall ahead of Neal, who missed the final race of the season after a nasty accident at Druids in round 29.

Andrew Jordan was also a double race winner in 2016, netting the first in style at Thruxton before doubling his tally at Silverstone after getting the better of Toyota’s Ingram. WSR is the next destination for the former Eurotech. Triple Eight and Motorbase Performance driver, who ended the season as Independent champion with the latter’s Ford outfit.

Jordan also finished eighth overall behind Plato, both ahead of Morgan who enjoyed several classy showings for Mercedes as Ingram rounded out the top 10. Podium finishes also came the way of Rob Austin and his new squad, Handy Motorsport, while Team BKR celebrated a special maiden win as newcomers thanks to Aron Smith at Rockingham.

2016 was also the year that showcased the future generation of BTCC stars, leaving you hard done to predict the next potential champion. 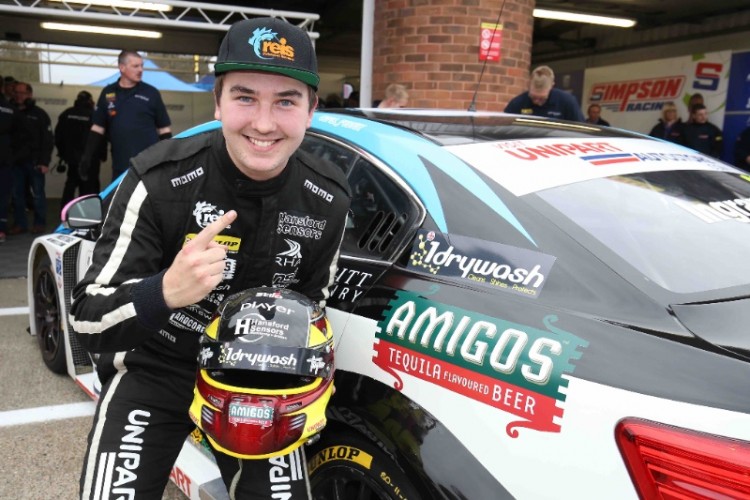 Among the newest race winners, former triple Ginetta champion Ingram started the season in fine fashion with a stylish race victory from one of two pole positions, also collecting a second win among six podium visits that match the statistics of more experienced hands ahead of him in the final table.

While Ingram flourished, Triple Eight and MG also found new vigor from young guns Josh Cook and Ashley Sutton. Fresh from Renault UK Clio Cup title glory the previous season, Sutton grew instantly into a BTCC star, claiming one of two pole positions in only his second meeting at Donington and adding a sensational maiden win in his 15th race at a sodden Croft.

The reward was inheriting the Jack Sears Trophy from team-mate Cook, success made more poignant by the tragic news of the passing of inaugural BTCC champion Sears, aged 86.

Young Scot Aiden Moffat also ended the season in style with a second place finish at Brands Hatch, concluding with a string of eight consecutive top-10 finishes in his second campaign with Mercedes machinery.

Team HARD‘s youngsters, Jake Hill and Michael Epps, also gave a strong account for themselves in 2016, Hill grabbing six top-10 finishes and a best result of fifth in a Toyota Avensis that was not as competitive as those of rivals Ingram and Austin. 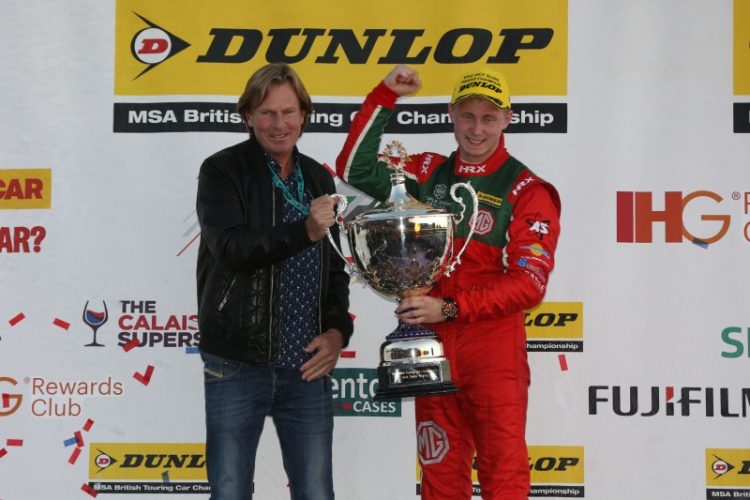