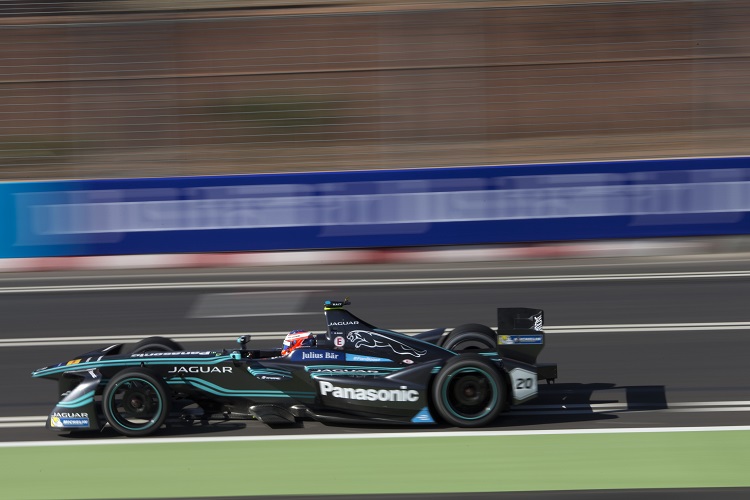 James Barclay says that he doesn’t believe that the new Panasonic Jaguar Racing will achieve ‘bigger’ results until next season.

While he believes that his team might be able to spring some surprise results this year if they make the most of their opportunities, he doesn’t believe they’ll be running towards the front until the 2017/18 season.

He also described their learning experience in the series so far as a ‘slow’, in the latest of a series of statements from the team that have been playing down their chances of making the front of the grid this year

“There’ll be times where operationally we’ll make some strong calls this season that help us maybe outperform ourselves, but next year we’ll have experience under our belts and a year to develop a car we believe will be in a stronger group.

“From that perspective next year we know we’ll be in a stronger position but with the car we’ve got we can still get some strong results.

“The drivers need to get how to drive these things and run the sessions optimised, and we need to get it optimised on the strategy.

“Without doubt the bigger results will be next year but as a team we want to be pushing and finding those opportunities to ultimately kind of surprise later.”

Jaguar returned to motorsport with much fanfare, and the backing of Williams Advanced Engineering.

Despite their experience and the resources of a major car manufacturer, the team have finished comfortably outside of the top ten in both races so far.

Barclay admits that the team are not satisfied with where they are at the moment, but he believes that an improvement in one-lap pace could help them start to score points.

“For us it’s about making the most of qualifying,” Barclay said.

“Being able to get the single-lap pace and getting the car in that window quickly.

“There are some big gains [to be made], but it really is ultimately down to the single-lap pace.

“Our race pace we’re in that window, there’s a bit more to do, clearly, but I have absolute faith with the people we have on board.

“We can get there.

“If we’re satisfied with where we are, it wouldn’t be right. We as a team know we’ll be moving forward [but] you always want to do it sooner.”