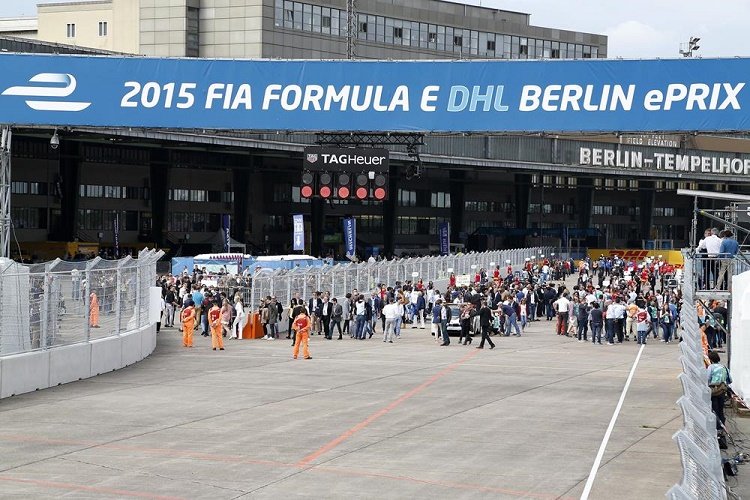 Venturi Formula E driver Maro Engel has voiced his disappointment at reports that the Berlin ePrix track is due to move back to the Tempelhof Airport this year.

The airport played host to the first ever German all-electric race, but was unable to do so last year as it was being used to house refugees.

This led to the race taking place in the city centre, a move that at the time was welcomed by the entire grid.

However a local environment group made complaints to the Berlin senate, which is believed to have agreed to a change in venue away from the city streets.

This leaves the Tempelhof as the only other viable alternative for the race in June, but Engel said that the move was ‘bad news’ for his home race.

Speaking to Motorsport.com he said, “It is extremely disappointing to hear this bad news, because Formula E and the green racing it promotes is something that is very positively received all over the world.

“So it is a real shame that in Berlin they have decided that the race cannot take place at this venue.”

Engel also highlighted the importance of the race to the German companies involved in the series, with BMW, Audi and technology firm ZF all working in Formula E.

“Electric mobility is a big and vital theme for the future and for car manufacturers, including major German manufacturers,” he said.

“I just really hope that we can find an alternative solution and that there will be a race in Berlin, or at least in Germany, because I think the country deserves to have a Formula E race.”

Speaking about the possible change of venue, a spokesman for Formula E said, “We are in constant dialogue and cooperating with local authorities to determine the final location of the race and are thankful for the continued interest and support shown from the mayor to host a race in the city of Berlin.”