Mahindra expect sim racers will have advantage in Las Vegas 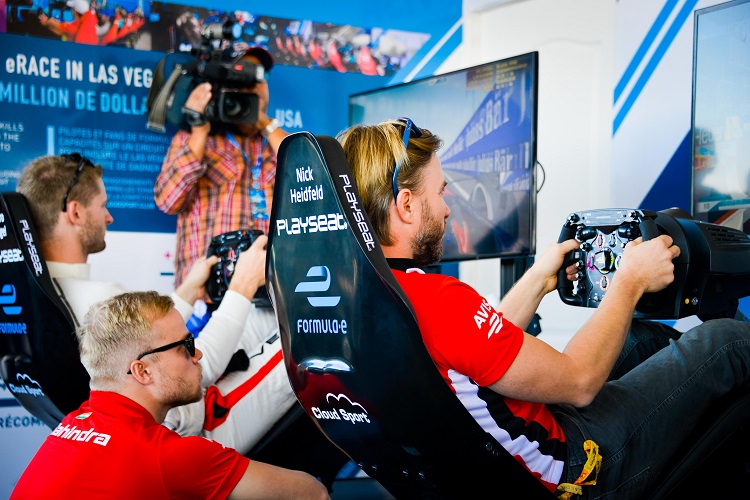 Mahindra Racing’s Team Principal Dilbagh Gill has said that he thinks his drivers will have a challenge on their hands to keep up with the professional sim racers ahead of this weekend’s Las Vegas eRace.

The competition sees ten expert gamers go up against his drivers, Nick Heidfeld and Felix Rosenqvist, and the rest of the current Formula E field in a virtual race to win part of a $1 million prize pot.

The track layout will not be revealed to the competitors until this evening ahead of first practice, after which the race will take on the usual format of a Formula E weekend.

Speaking ahead of the race Gill said was excited about the prospect of a virtual race, and that he expected the sim racers to perform well.

“[The] Vegas eRace is just another reason why Formula E is an exciting and progressive series.

“Our regular drivers, Nick and Felix, will have their work cut out for them up against some of the top sim racers in the world.

“The concept presents an interesting proposition by bringing fans right into the heart of the action and I look forward to seeing the results come Saturday.”

Rosenqvist was also wary of the competitiveness of the sim racers, and said that he expects them to be ahead of the professional drivers when the action gets underway.

The Swede said, “Since the Vegas eRace is new for everyone, it’s going to be interesting to see how it goes.

“I still expect the sim racers will be ahead due to their experience and our new teammate Olli will be tough to beat!

“It’s going to be a question of utilising the short practices as best as possible to learn the circuit, so the gap might not be quite so big.

“With sim racing getting bigger all the time and more realistic, it’s great to be able to include racers that may not have had the opportunity to compete in normal racing.”