McLaren Ready to Win, Honda May Not Be – Eric Boullier 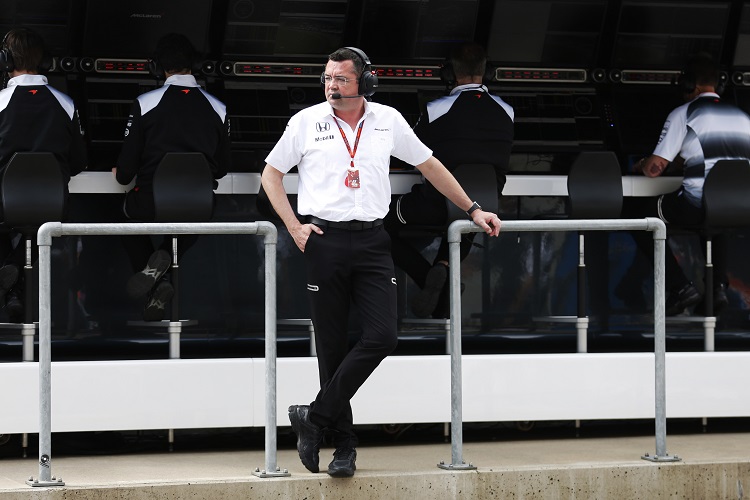 Eric Boullier, racing director of McLaren Honda Formula One Team, has said that his team “is ready to win“, though their engine supplier Honda “may not be”.

Their Japanese partner has suffered a nightmare return to Formula One. And although 2016 was an improvement on the previous season, it was still plagued by performance deficiencies that placed them out of contention for the majority of races.

Following the recent comments of Zac Brown, who dismissed the idea of McLaren winning any races this year, fans may be made more despondent by what Boullier has now added.

“McLaren is ready to win, but Honda may not be,” he told Spanish publication MARCA

“The engines are already approaching the end of their evolution and there will be a time when they will not be able to use more fuel, but [Honda] have a considerable distance to go.

“We know that we will find more performance, but the biggest risk is that we don’t know if we can reach that potential this year.”

Honda has previously stated that their new engine concept is high-risk and now we can possibly add lacking to that title.

McLaren has demonstrated immense patience with the supplier and it is certain that the whole team, both behind the scenes and in front of the cameras, are yearning for their first win since 2012. Unfortunately it appears they’ll be waiting at least another year yet. Only time (and possibly testing) will tell.

Pirelli Announce Tyre Compounds for All Twenty-Three Races of 2021

By Paul Hensby
1 Mins read
Pirelli has unveiled its choice of tyre compound for all twenty-three races of the 2021 Formula 1 season.
Formula 1

By James Thomas
3 Mins read
Yuki Tsunoda has big ambitions for his career in F1, stating that his dream is to become the first Japanese driver to win a Formula 1 grand prix.