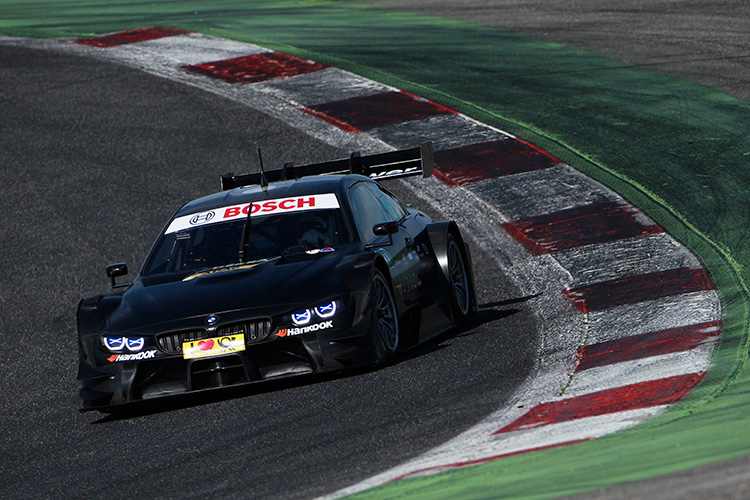 “It was great to be back behind the wheel after the long break,” said Martin. “The new regulations promise to make this an interesting season: our car is new, the tyres are different and there is a lot to familiarise ourselves with. The test went well. We still have work to do, but we can be satisfied with how it has gone so far.”

A change to DTM regulations for 2017 mean ‘More Power, Less Downforce’, with engines now producing over 500hp, changes to aerodynamics and a new softer tyre from Hankook.

“After the winter break, it is fun to return to the racetrack and prepare for the season with the team. I was able to get well acquainted with the new BMW M4 DTM and the way the new tyres work during the test. Overall, these were useful and productive days.” Blomqvist added.

While he didn’t complete any laps in the new car, Bruno Spengler was in Vallelunga to get to know the team that he moves to after two seasons with BMW Team MTEK.

“It was good to spend three days with the team. I get on well with everyone. It was important to sit down with the engineers and start our analysis. The new regulations, the new car and the new tyres mean there is a lot to learn from a technical point of view. I am looking forward to the season with the BMW Team RBM.”

A final test will take place from 3-6 April at Hockenheim before the season starts a month later on 6 May.