Dave Newsham “Gutted” To Miss Out On Donington Podium 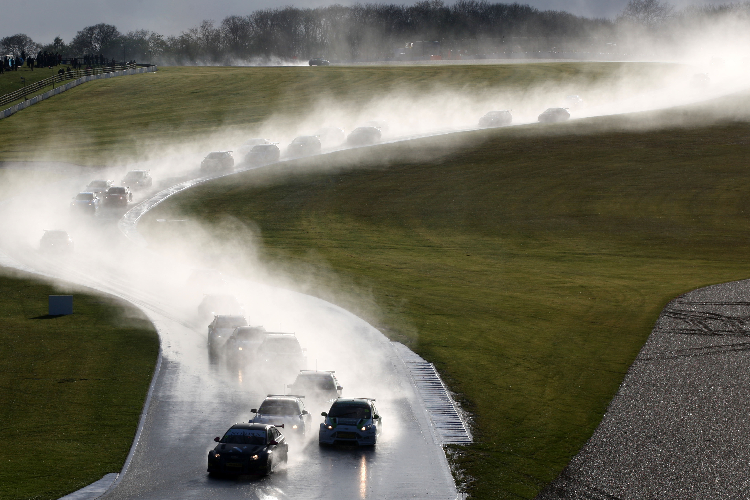 BTCC returnee Newsham started on pole for the final race of the day which was initially held in sodden conditions, losing spots to Gordon Shedden and Colin Turkington in the first half of the race but hanging onto third until two laps to go.

Ashley Sutton‘s Subaru Levorg GT made his way by Newsham’s BTC Norlin Chevrolet Cruze, but the latter fought back at Redgate on the final lap. Adam Morgan joined the fray and both denied Newsham a podium spot with a better exit from Coppice, but the Scot was nonetheless delighted with the car’s performance after a problematic Media Day a month prior.

“It’s brilliant”, Newsham told The Checkered Flag after the final race. “I had to give everyone here something to shout about.

“We had an issue with the car on Media Day that we fixed and the car has been great all day today. I was happy with P20 in race one and it gave us a good platform for the day. I just got better from then.”

A two-time BTCC race winner, Newsham said that the wet third outing was one that would have benefited from an earlier delay, as a chaotic first attempt to get racing underway ended in numerous cars skating off the circuit.

The Inverness racer also felt he was re-adapting to BTCC machinery in the wet conditions, learning where the FWD Cruze suffered more as the race progressed.

“Shedden was gone and up the road, but that’s the first time I’ve driven a touring car in the wet now for a couple of years and I’ve never driven with this tyre before, so I’ve got to be fairly happy with that.

“The first start was horrendous and we didn’t want to carry on with that”, he added. “The race otherwise was fine, although we lost front-end grip as the race went on.

“That cost us especially against the RWD cars, but I’m gutted to lose a podium on the last corner.”