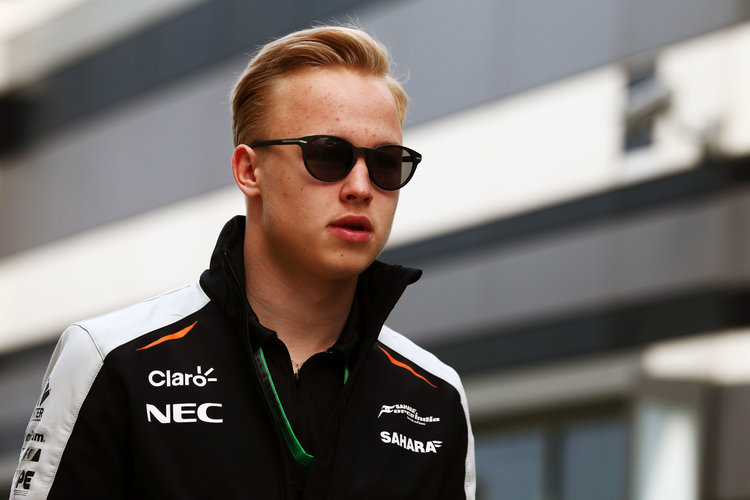 European Formula 3 driver Nikita Mazepin, will take part in the upcoming in-season test in Budapest, which is scheduled to take place after the Hungarian Grand Prix, for the Sahara Force India F1 Team, as part of his development driver role with the squad.

The Russian completed a successful test with the team at Silverstone back in 2016, and so this will be his second bite at the cherry, albeit it in a completely different car this year, following the 2017 regulation changes.

Mazepin has done little of noteworthy mention so far in his single-seater career, having gone from Formula Renault 2.0 in 2015, straight up to the European F3 Championship in 2016, where he did show some sparks of promise during his rookie year.

The 2017 season, which has so far not gone brilliantly for the 18-year-old, will be a defining one, and completing reserve driver duties at Force India should do him the world of good.

Mazepin will share driving duties in Budapest with DTM driver Lucas Auer, with each driver scheduled to run for half a day on both the Tuesday and Wednesday.

The Russian was thrilled to be given the opportunity to drive for Force India once again.

“I’m really looking forward to testing with Sahara Force India again. I’ve been working with the team for over a year and it’s great to get another chance to drive the car.

“The last time I drove a F1 car was in 2016 so it’s going to be interesting to make a comparison with the new 2017 regulations.

“I learned so much from the last test and it’s an important part of my development as a driver.

“I’ve been doing lots of simulator work to get ready for the test and I’m working hard to make sure I deliver everything the team expects from me.”

Team Principal and Managing Director of Sahara Force India, Vijay Mallya, was pleased to be able to help Mazepin progress his career.

“We are pleased to be running two talented youngsters at the Budapest test.

“We already know Nikita well and giving him time in the VJM10 is the next stage in his development programme with us.”