Hat Trick of Poles for Lando Norris at Spa-Francorchamps 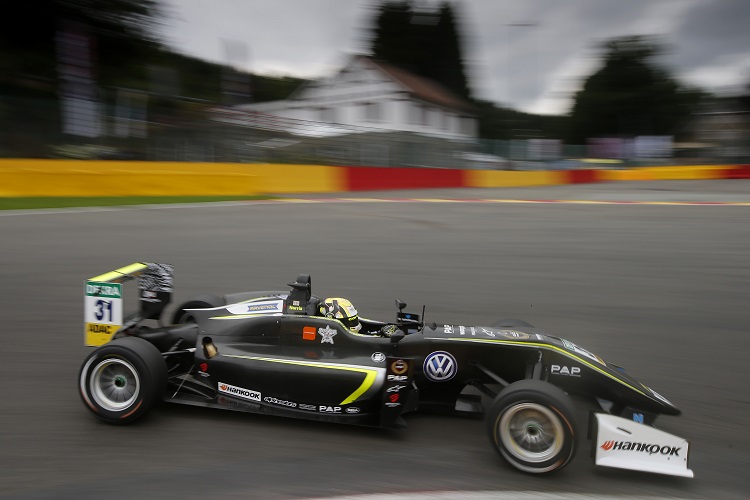 Lando Norris took a hat trick of pole positions at Spa-Francorchamps on Thursday after dominating both qualifying sessions around the 4.352-mile circuit.

Norris will be joined on the front row in each of the three races by fellow Briton Callum Ilott, with the Prema Powerteam driver ending 0.225 seconds, 0.171 seconds and 0.081 seconds back from the pole time respectively.

Jake Hughes will start third for Hitech Grand Prix for race one, with the Briton just ahead of championship leader Maximilian Günther of Prema Powerteam, while another Hitech driver, Nikita Mazepin, ended the session in fifth.

Zhou will start third for races two ahead of Günther and Hughes, while Mazepin will start sixth ahead of Carlin duo Daruvala and Ferdinand Habsburg, while Aron and Piquet round out the top ten.

The same top five will grace the front of the grid for race three, Norris ahead of Ilott, Zhou, Günther and Hughes, with Daruvala moving up to sixth ahead of Aron, Habsburg, Newey and Joel Eriksson, who a year ago took his maiden FIA European Formula 3 Championship victory at this circuit.

However, Motopark appear to be struggling for pace once again this weekend, at least in qualifying trim, and the championship contender will have it all to do when the races get underway, starting down in twelfth for the opening two races before moving up to tenth for race three.