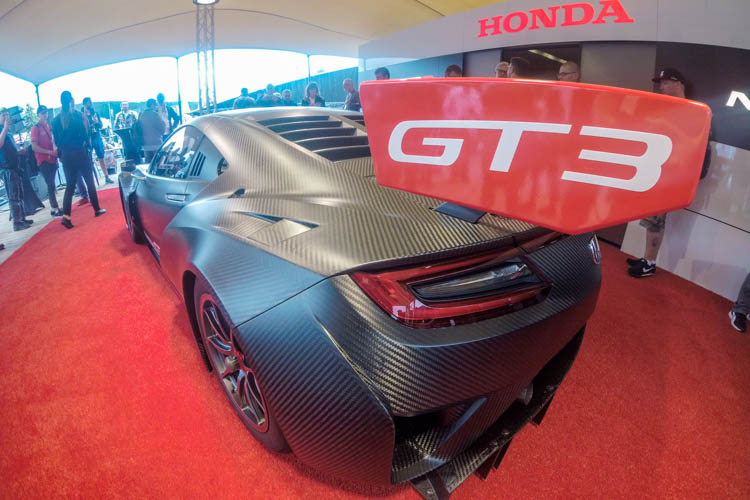 In a week that has seen Mercedes leave DTM to pursue Formula E and rumours continue to surround Porsche and their long-term commitments in LMP1, Honda have released their plans for a NSX GT3 customer racing programme.

Launched today at Spa-Francorchamps the Honda NSX GT3 is a collaboration between Honda, JAS Motorsport, Honda Performance Development (HPD) and Mugen. The new car will be available to customers globally for the 2018 season.

While the NSX GT3 is new to Europe, it has already had a taste of success in the IMSA WeatherTech SportsCar Championship.

“We have already seen the quality of the car proven by its victories in the USA and its ability to convincingly lead the Daytona 24 Hours on its series debut.

“With the customer support of Honda, JAS Motorsport, HPD and Mugen, we look forward to seeing the NSX fighting for victory in the most prestigious GT3 races in the world in 2018 and beyond.”

The eligibility of the NSX GT3 opens up the use of the car in a number of global series including:

“The NSX GT3 has been created to compete at the highest level,” said Alessandro Mariani, CEO JAS Motorsport.

“It blends cutting-edge GT3 race technology with a beautiful and efficient design and the very latest in FIA safety specification.

“We have already seen the car become a winner in the USA and we are now ready to offer it for sale around the world for racers to enjoy.”

By Ross Wylie
4 Mins read
As season plans change, Ross Wylie gives The Checkered Flag the latest insight to his season on and off of the track.
IMSA