Lando Norris: “It was good to get back on the top step of the podium” 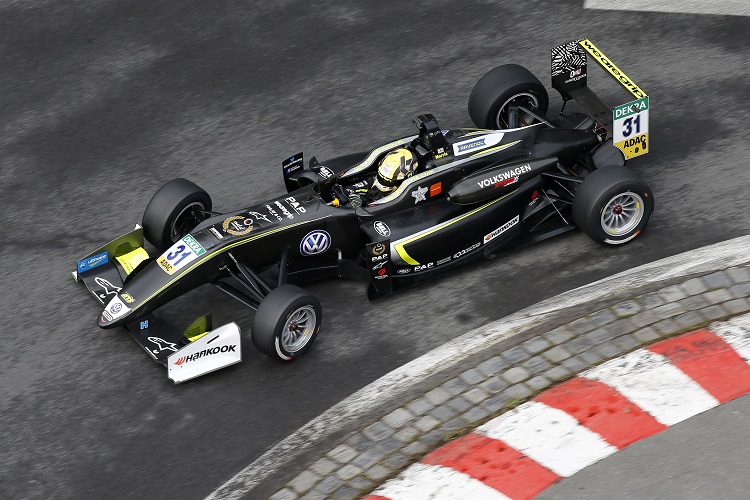 McLaren Junior Lando Norris finally returned to winning ways at the Norisring by taking victory in race two, his first FIA European Formula 3 Championship win since April when he triumphed at Monza.

The result of the Carlin driver’s first race of the weekend was disappointing however, with Norris taking a twenty-second time penalty for causing a collision with Jake Hughes that relegated him from second on the road to eleventh and outside the points, a big blow to his championship aspirations.

“It was good to get back on the top step of the podium and to get third place in the final race,” said Norris. “I just missed out on ‘pole’ but was reasonably happy getting on the front row for Race 1 especially after Hungary which were the first races this season I hadn’t started from the front.

“We made changes to the car after practice while I also drove better in qualifying. Saturday morning’s race was largely fun but obviously ended in disappointment. I had good pace, overtook a few guys, and closed in on Jake [Hughes].

“I attempted a move on him into Turn 1, we were both on the inside and it was really bumpy and dirty. He braked and lost the rear of the car. I braked at the same point but had no downforce as I was so close behind him. I momentarily locked up, tapped him very lightly which spun him off. It was my fault and so on that basis deserved the penalty.”

However, two strong drives in the remaining two races will give him confidence, especially as he was made to work hard for those results, with a drive from fifth to the victory in race two, passing Ralf Aron for the lead with just six laps to go, before finishing third having been as low as seventh in race three.

“The second race was tough but very enjoyable,” said Norris. “It’s not a particularly easy track to overtake on, especially if someone is defending well, so to win from P5 after some good battles was very satisfying. It was difficult coming through from P7 to P3 in the final race but I had good pace again.”