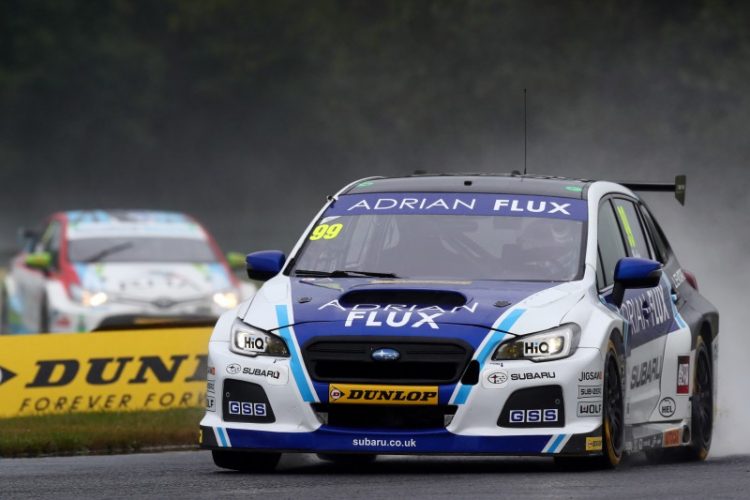 Jason Plato timed it to perfection for his 50th pole position in a frenetic Dunlop MSA British Touring Car Championship qualifying session at Knockhill on a drying track.

A downpour prior to the 30-minute session made conditions treacherous for drivers, as found when Ashley Sutton spun his Subaru Levorg GT gliding across the saturated kerbs exiting the chicane in the early minutes.

The moment came after Sutton had already lay down a marker of 56.517s, improving his time further before red flags interrupted proceedings as a stray advertising hoarding was removed from the circuit.

Gordon Shedden was the first to show his card and spark a flurry of changes at the head of the times. Almost every trip across the line saw an improvement from drivers, Plato producing the best of the bunch with a 52.579s effort to bump Team BMR team-mate Sutton to second.

Colin Turkington and Rob Collard shared the second row for West Surrey Racing, Tom Ingram rounding out the top five in the first of the FWD cars. Mechanical problems had left Collard’s BMW 125i resigned to the pit lane for much of the session. “I knew something wasn’t right before I left the pits”, he said. “The car was soon full of smoke”.

Dave Newsham survived a moment of his own to qualify eighth, home hero Shedden starting ninth in tomorrow’s opening race while Adam Morgan‘s Mercedes rounded out the top 10.

The BTCC’s golden era is a must watch