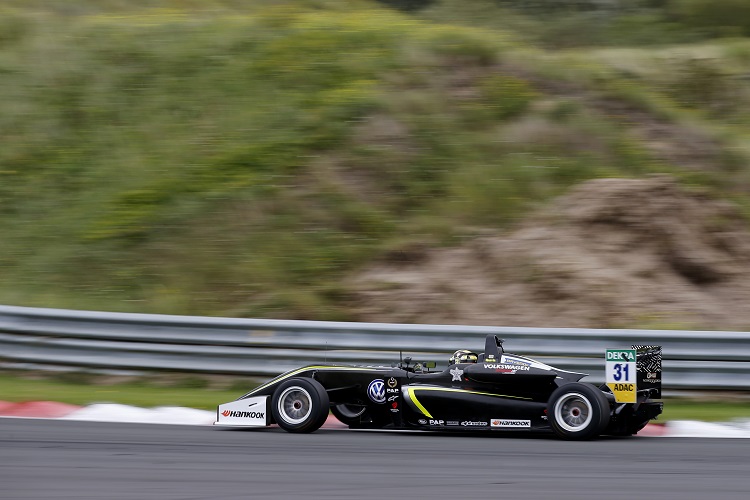 After three consecutive poles at Spa-Francorchamps last time out (he started fourth in race three thanks to a penalty), the McLaren Formula 1 Team junior driver set a best time of 1:28.362s to pace the field, with Habsburg – who take his maiden win in Belgium three weeks ago – joining him on the front row.

After a couple of race weekends qualifying well down the field, Joel Eriksson found some form to qualify third for Motopark, while championship leader Maximilian Günther will start fourth for Prema Powerteam, having earlier set the pace during free practice at the Dutch circuit.

Günther beat his team-mate Callum Ilott by just 0.001 seconds, with the Briton ultimately settling for fifth, with Ralf Aron an excellent sixth for Hitech Grand Prix ahead of Motopark’s David Beckmann.

Hitech are back to full strength this weekend, with Japanese racer Tadasuke Makino, who missed the Spa-Francorchamps round due to injury, back in alongside Aron, Hughes and Nikita Mazepin. The Honda-protégé could only qualify eighteenth however, ahead only of Carlin’s Ameya Vaidyanathan.