First DTM Pole of the Season for Wittmann at the Nurburgring 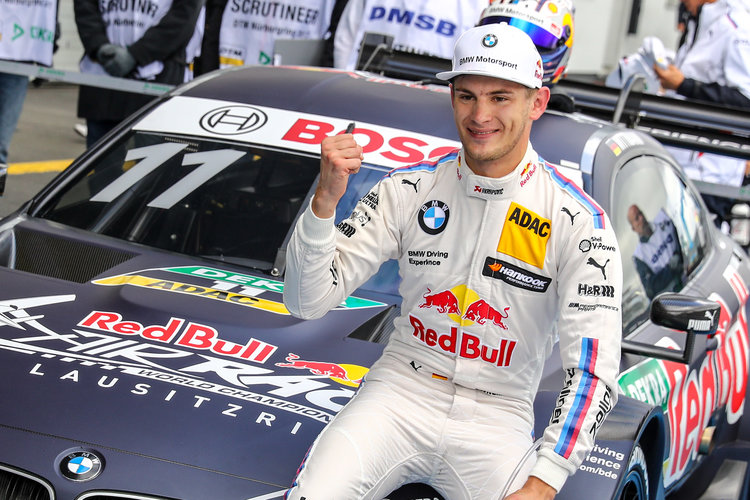 Marco Wittmann will start from pole position for the second DTM Series race at the Nurburgring ahead of Paul di Resta.

The reigning champion will start from pole for the first time this season – the BMW driver had qualified as quickest at the Moscow Raceway but had to take a grid drop after receiving his third reprimand at the Norisring.

Due to Friday and Saturday being a washout it took drivers at least two laps to warm up their tyres, and only began putting in representative times near to the end of their opening runs.

At this point it was a BMW 1-2, led by Timo Glock ahead of Augusto Farfus.

The standings remained as such until there was a minute on the clock, as Tom Blomqvist launched himself to the top spot only to immediately be bettered by Wittmann.

As the chequered flag dropped, di Resta thought he had snatched pole but Wittmann was able to improve once more to be the only man to dip into the 1m20s.

It is an all Mercedes second row with Robert Wickens in third and yesterday’s polesitter and race winner Lucas Auer in fourth.

Blomqvist will go from fifth followed by stable-mates Glock and Farfus.

Having predicted prior to the weekend that they would be off the pace over one lap, it was a difficult session for Audi.

Jamie Green was the best placed driver for the Ingolstadt marque in 11th place, 0.550 seconds off of the pace.

The Briton is joined on the sixth row by Maxime Martin.

Mattias Ekström had qualified in 14th place but has been promoted to 13th after Rene Rast received a five place penalty as a result of his third reprimand following a clash with Maro Engel. Rast will now start from 18th.

The race gets underway at 15.18 local time and will last for 55 minutes plus one lap.