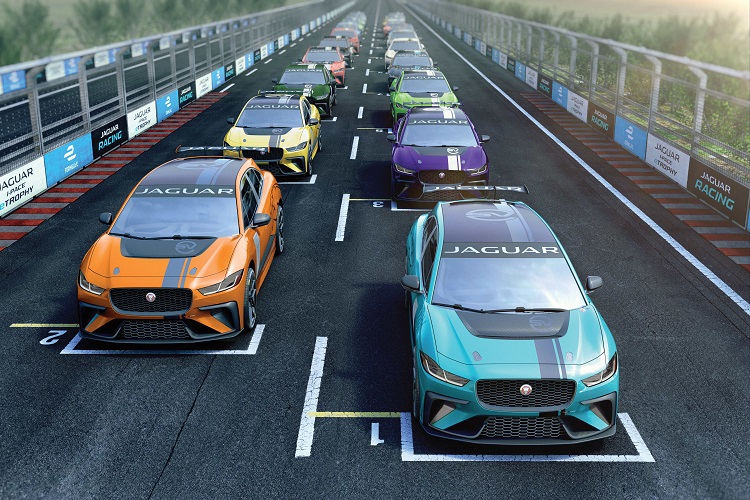 The Jaguar I-PACE eTrophy will be the first championship for a production-based electric car, and will follow the Formula E series around the globe.

Although the calendar is yet to be confirmed, Jaguar announced that the grid will be capped at 20 drivers with a VIP entry in each race

The format will work around the Formula E schedule, with a practice and qualifying session before a thirty minute race.

Gerd Mauser, the chairman of the Jaguar Formula E programme which will be running the cars, said that the championship will allow Jaguar to further showcase their electronic credentials.

Mauser said, “As a British team, we are proud to announce today the launch of the world’s first production battery electric vehicle championship.

“We’ve always said we want to prove our electrification technologies on the track – this is the proof.

“I am looking forward to seeing a full grid of Jaguar I-PACE race cars in late 2018, soon after the first Jaguar I-PACE hits the road in Europe.

“Ultimately this innovative series will enhance the technology in our future electric vehicles and benefit our customers.”

Jaguar also announced that they are hoping to offer ‘arrive and drive’ packages, that will give drivers the technical support and spares to take part in the series.

The first person to show interest in that offer was Formula E CEO Alejandro Agag, who said that he would relish the chance to take part in the new series.

Agag said, “I’m delighted that in addition to the Panasonic Jaguar Racing team competing on the Formula E grid, we will be adding to our race day schedule with a competitive new support series for season five.

“The Jaguar I-PACE eTROPHY will bring more entertainment for fans in-between sessions and will be a further testament to the advances in battery technology and exciting electric performance.

“I hope Jaguar will allow me to bring my race suit and helmet… and maybe get behind the wheel myself!”