Andrew Jordan: “We Made Decent Progress” at Brands 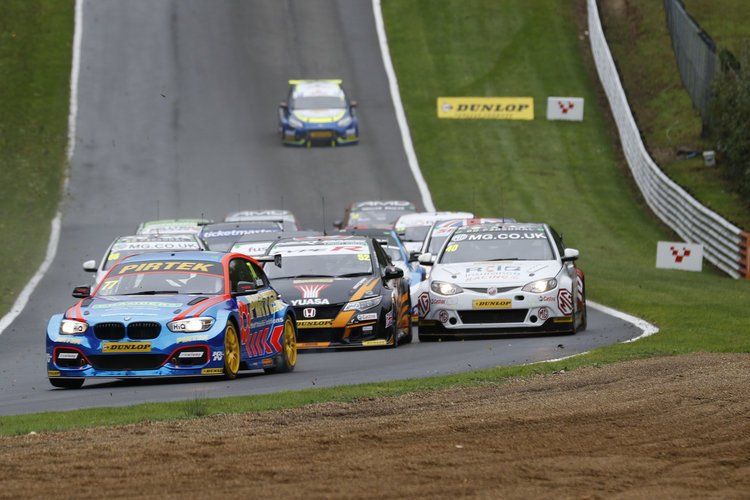 Despite a poor qualifying, Andrew Jordan would recover during the final BTCC weekend at Brands Hatch GP to help BMW secure the manufacturers title. He reflected on his maiden year with the German company.

After a tough Saturday in which Jordan ended up eighteenth after being caught out by the changing conditions, there was a lot of work to do for the 28-year-old.

“It was always going to be tough after qualifying and if we’d been able to get one more run in the session, I think we could have been higher up the grid,” he said. “It was a difficult decision to make on the tyres ahead of race one and unfortunately for us, the gamble didn’t work out as we hoped and the circuit dried.”

Jordan would end the opening race in twenty-eighth haven fallen to the back after an early incident and poor tyre choice. The result would be his worse finish since Thruxton, though quickly bounced back in race two.

“The grid is so tight this season that race two was always going to be tough from the back but we made decent progress, and then we picked up some valuable points in race three as I helped BMW to wrap up the Manufacturers’ title.”

The lacklustre weekend, in which he only scored in the final race, was not ideal for Jordan, but with Rob Collard absent for the round, was pivotal in helping BMW to the manufacturers title in his Pirtek Racing machine.

“To have taken three wins this season in my first year with the BMW has been good, and I think I’ve been able to learn a lot that I can take into next year. I feel I’ve settled in well with the team and am comfortable in the car, and I see no reason why we can’t look to challenge for honours next season.

“My outright pace this year has been good but we’ve just not always had luck on our side and haven’t had the consistency we needed. With a good winter programme underneath us, and the consistency of knowing that I’m working with the same team and in the same car, that is something I’ll be looking to put right in 2018.”