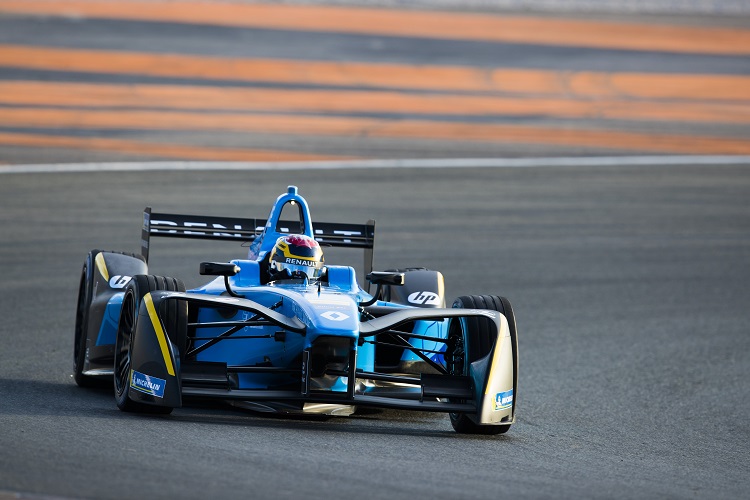 Sebastien Buemi has said that testing has shown that Renault e.dams no longer have a clear performance advantage over the rest of the Formula E field.

The former champion and runner-up last year has benefitted from having one of the strongest cars on the grid for the past two seasons.

Although he managed to top the timings on the second day of testing, he was outpaced by the NIO of Oliver Turvey on day one and was down in fifth on the final day.

And while he emphasised that the modified layout used in Valencia wasn’t typical of other tracks on the calendar, he said that his team weren’t far ahead of the rest of the field.

“We learned as much as possible on a circuit which is slightly different to what we see in Formula E.

“I am pleased with these three days, we didn’t have major issues. Today, we were not only focused on the performance of the car, but assessed other areas as well.

“We are not very far ahead but we know we can fight for good positions. We will remain focused until Hong Kong and see what happens there.”

His team-mate Nico Prost wasn’t able to match Buemi’s pace throughout the test, and predicted a tough season ahead.

“We have been efficient during these three days and have been able to learn a lot,” Prost said.

“We don’t feel a team stands out from the crowd so even if we know the season will be tough, we have our chances to be up near the top. We worked well and we all feel very prepared for Hong Kong.”